In January 2015, the Swiss National Bank in a move that took everyone by surprise decided to remove the then floor of 1.20 in the EUR/CHF exchange rate, despite repeatedly promising to defend that level at all costs and for as long as necessary. Rates literally tanked more than 2,000 pips in a matter of minutes as the franc sky rocketed. Fast forward just over three years, the once popular currency pair last week managed to rise back to that 1.20 hurdle again, thus making back all of its SNB-related losses. 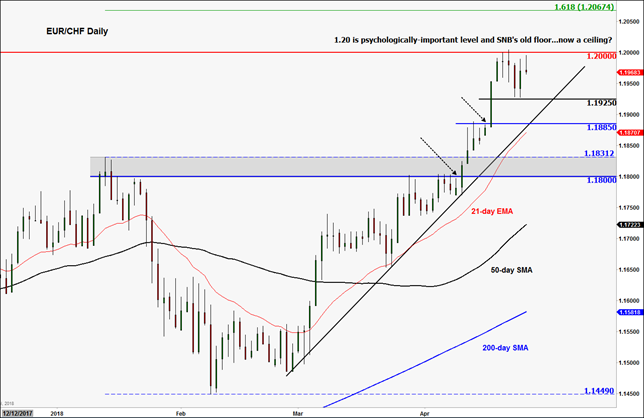