ECB Preview: Lagarde to be dovish as she drives home strategic review

While many global central banks have begun tapering asset purchases, the ECB is in the same boat as the US Federal Reserve: no tapering any time soon.  This was made even more clear when the European Central Bank released the results of its strategic review.  As inflation is expected to increase (albeit transitory), wording was changed to target a “symmetrical 2%”, rather than “below, but close to 2%”.  Indications are that the central bank expects inflation to rise to 2.5% by the end of the year, before moderating to 2%.  For reference, Eurozone CPI released last week was 1.9%. Christine Lagarde said that “The formulation removes any possible ambiguity and resolutely conveys that 2% is not a ceiling”.

The committee is likely to keep the overall amount of PEPP (Pandemic emergency purchase program)  unchanged at 1.85 trillion Euros.  However, it is possible that they will extend the duration of the program past its March 2022 expiration.

Staff projections are also to be released at the upcoming meeting. There may be varying views on growth and inflation, however the strategic review already told traders the dovish story.

There is also the issue of the increasing number of coronavirus cases due to the Delta variant.  This should keep the ECB in a “wait and see” mode as they wait to see if more restrictions and lockdowns will be necessary for Eurozone countries.

EUR/USD had been in an ascending wedge since putting in lows at March 31st, near 1.1704.  The pair broke lower in late May, after putting in a high of 1.2266.  The expected target for an ascending wedge is a 100% retracement, which is 1.1704.  On the recent move lower, EUR/USD stalled near the 61.8% Fibonacci retracement level from the March lows to the May highs and formed a flag pattern.  The target for a flag pattern is the length of the flagpole added to the breakdown point.  This also targets the 1.1700 area. 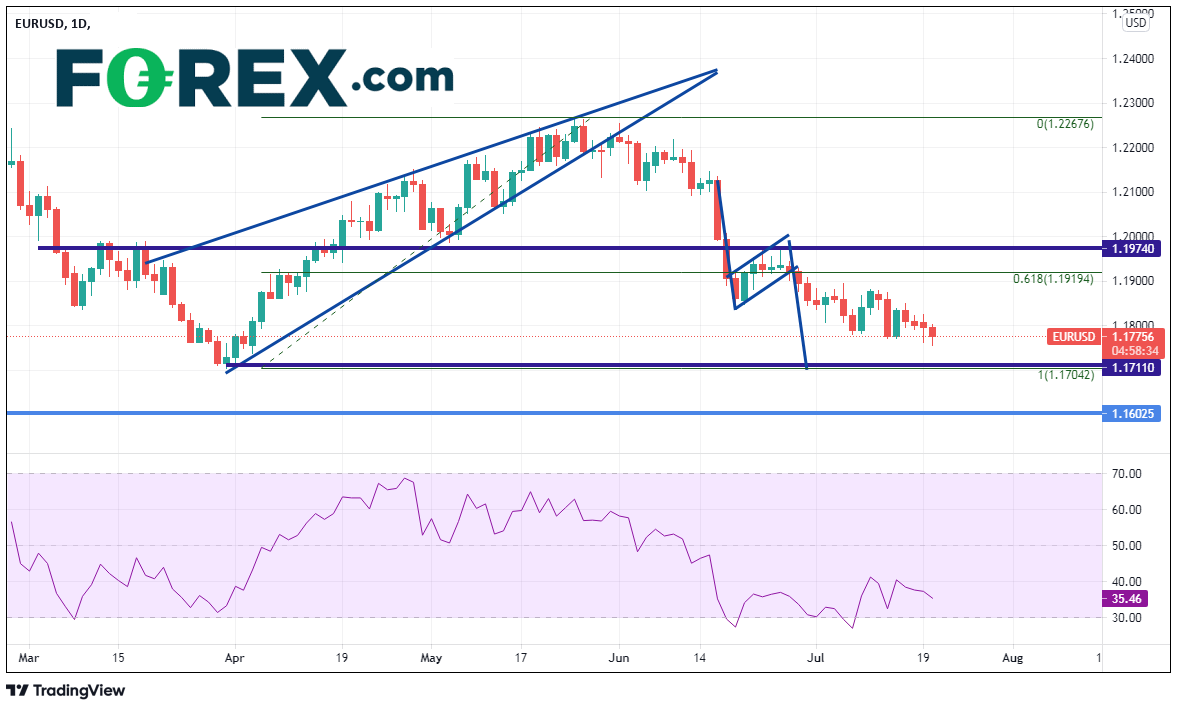 On a 240-minute timeframe, EUR/USD has been moving lower from the flag breakout level in an orderly descending channel.  Support is at the bottom trendline of the channel near 1.1740, just ahead of the 1.1702 targets.  Resistance is at the top trendline of the channel, near 1.1850, then horizontal resistance from the highs of the flag pattern near 1.1975. The psychological round number resistance of 1.2000 is just above there. 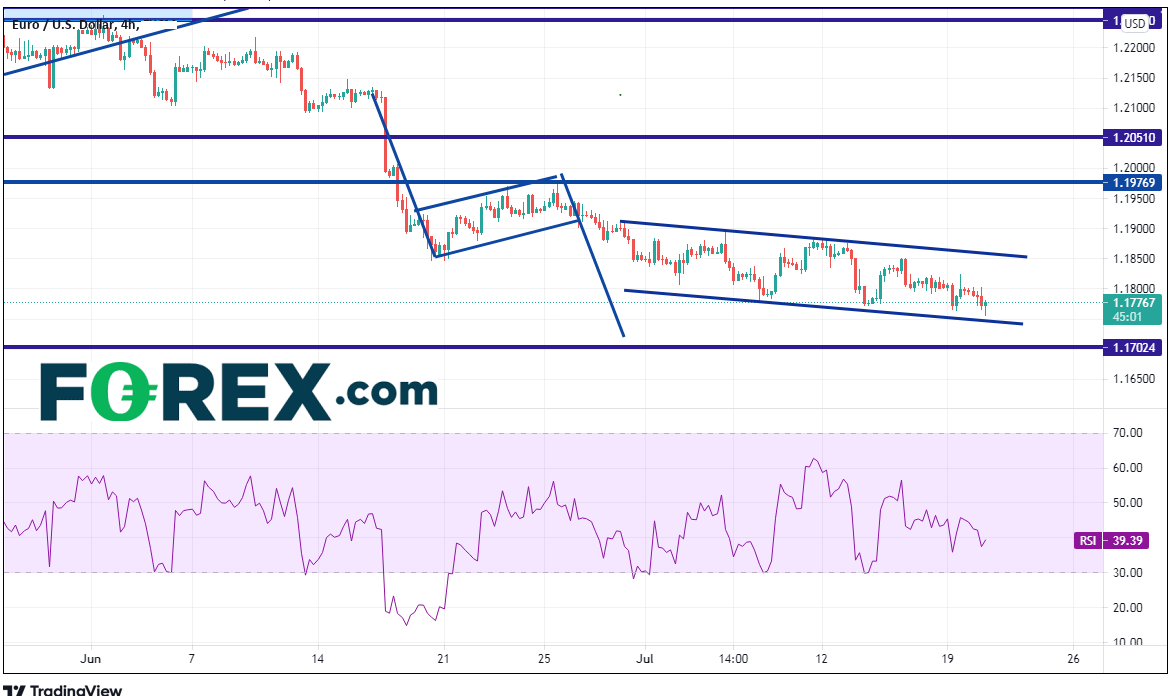 With prices closing in on the targets and support level near 1.1704, we may see a “sell the rumor, buy the fact” type of trade, in which prices moved lower after the strategic review with the expectation of a dovish ECB.  Traders may be looking to buy EUR/USD after the ECB as they try and squeeze out weak shorts.