Ms. Lagarde's strongest statement was around the PEPP purchases ending in March, making the statement more hawkish than anticipated

To the surprise of absolutely no one (including my colleague Fiona Cincotta – see her full preview report here), the European Central Bank left main refinancing rate unchanged at 0.00% and reiterated that it would continue buying bonds at a “moderately lower pace” until at least the end of March 2022. In sticking to the proverbial script, the central bank also made only insignificant tweaks to its accompanying monetary policy statement.

As Fiona noted, the fireworks, if there were going to be any, would always be centered around ECB President Christine Lagarde’s press conference, specifically the extent to which she would push back on the market pricing for interest rate hikes as soon as next year.

On that front, we had a number of notable comments from Ms. Lagarde:

While Lagarde predictably pushed back on the market’s interest rate hike expectations, she subsequently walked that back; meanwhile, her strongest statement was around the PEPP purchases ending in March, making the statement more hawkish than anticipated, at least in the short term. In the end, this month’s meeting was always going to be an appetizer for the December meeting, when the central bank will issue updated economic forecasts, clarify its plans for tapering asset purchases, and lay out its initial plans for monetary policy in 2022.

Based on the initial market reaction, traders are viewing the statement as more hawkish (or perhaps, less dovish) than expected, with EUR/USD rallying 80 pips on the day to hit its highest level of the month. In other markets, 10-year yields in Germany, France, Italy, and Spain are rising 6-12bps across the board while major European stock markets trade mixed.

Looking ahead, a close above previous-support-turned-resistance at 1.1670 (and ideally the 50-day EMA at 1.1680) on EUR/USD would open the door for an extended rally toward the mid- or upper-1.17s in the coming days. A failure to hold above this key zone would keep bears in control of the pair in the medium-term. 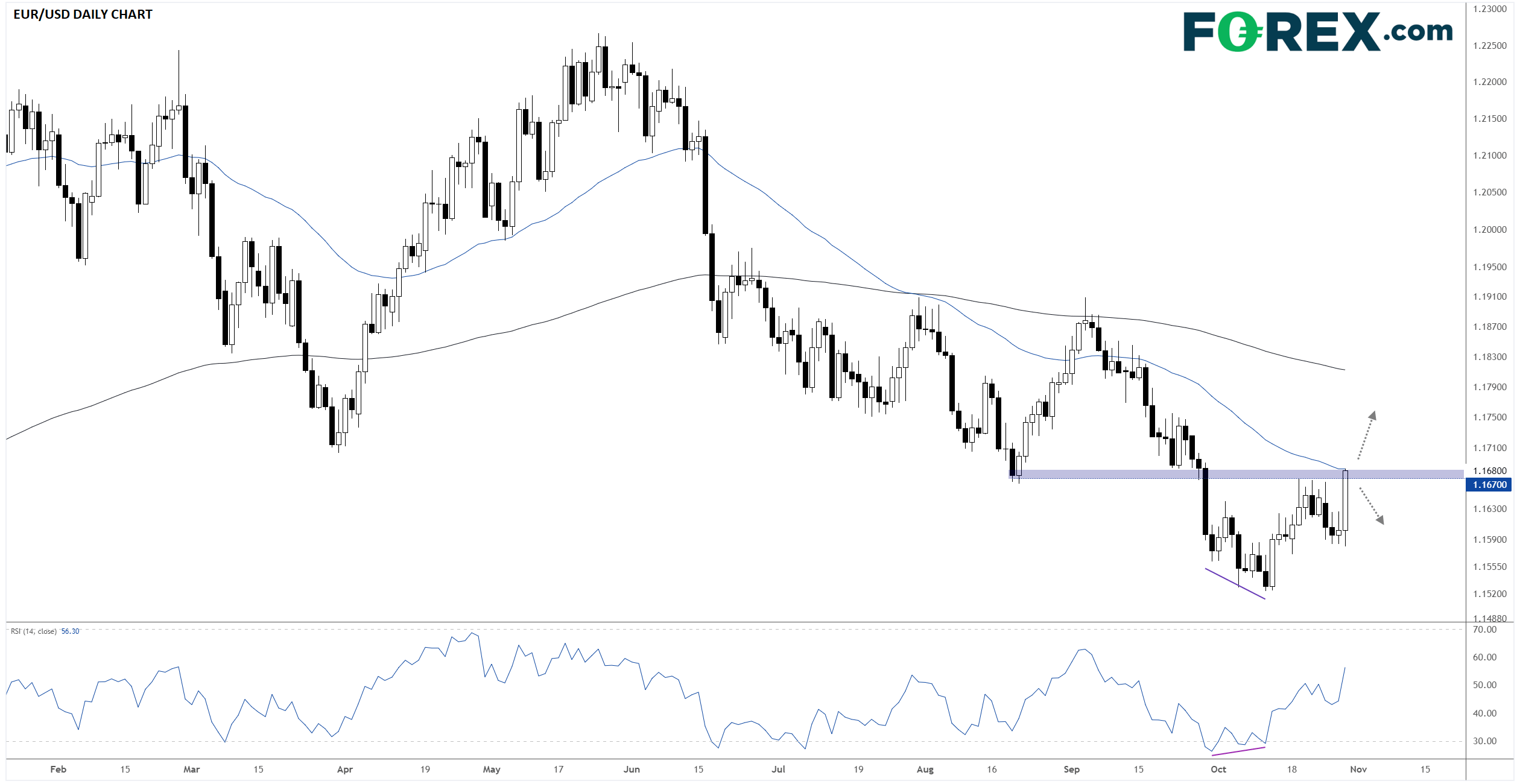