#UK - IRELAND#
AstraZeneca, a biopharmaceutical company, said its Lynparza (olaparib) has been approved in the European Union for patients with germline BRCA-mutated metastatic pancreatic cancer.

Rio Tinto, a giant metals miner, was downgraded to "neutral" from "buy" at Goldman Sachs.


#GERMANY - AUSTRIA#
Deutsche Post, a package delivery company, announced that preliminary 2Q EBIT rose 16% on year to 890 million euros and full-year EBIT is expected between 3.5 - 3.8 billion euros. From a chartist point of view, the share is supported by a rising trend line drawn from March 2020 and is aiming a key horizontal resistance at 35 euros. The 20DMA should act as a trailing stop for buyers. Above 31.2 euros look for the horizontal resistance at 35 and 38.15 euros in extension. 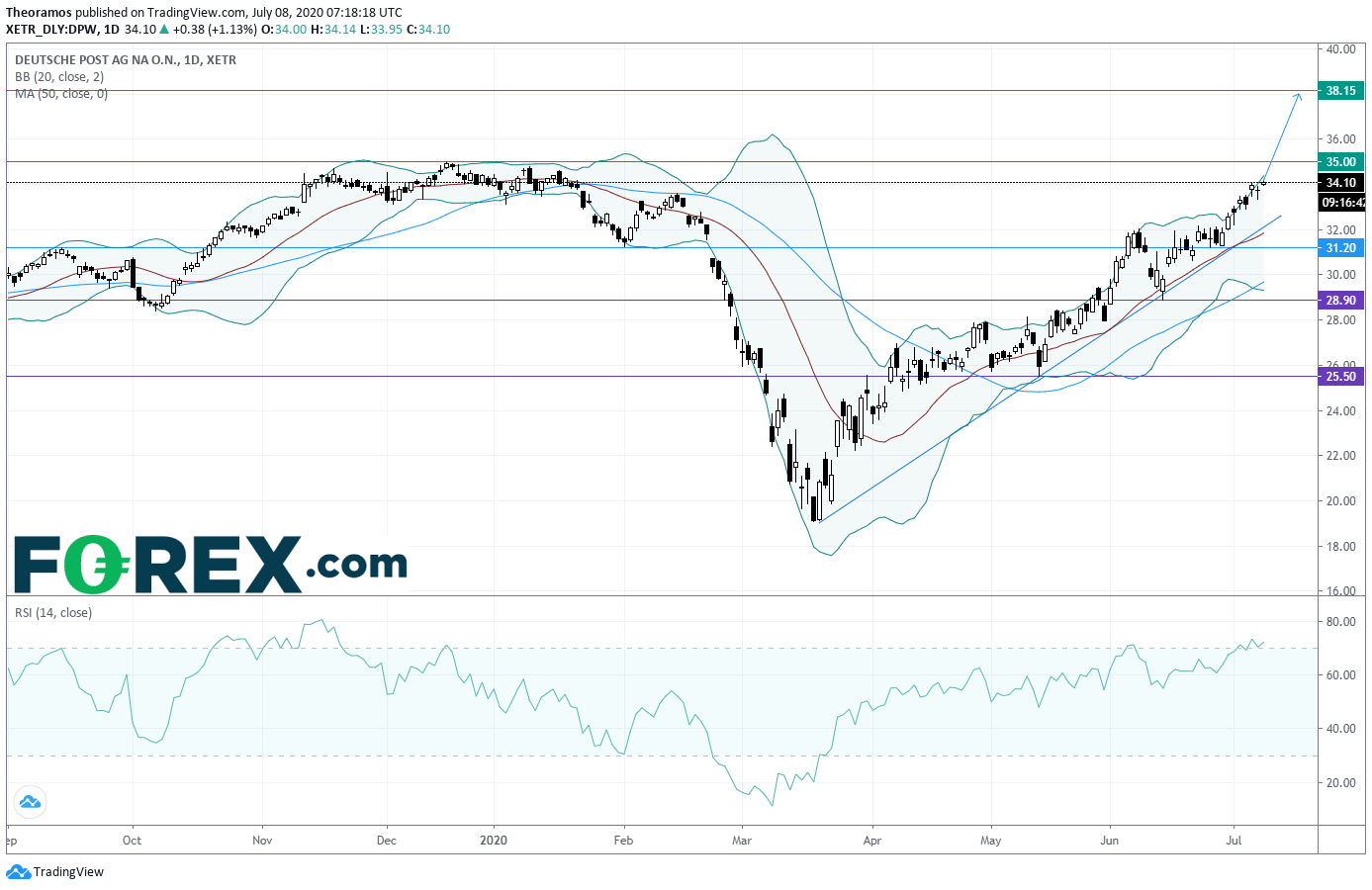 Delivery Hero, an online food-delivery service provider, said it has launched the issue of convertible bonds and is targeting gross proceeds in the amount of up to 1.5 billion euros. The company added that it intends to use the proceeds for general corporate purposes and to take advantage of attractive investment opportunities that may arise.

OMV, an Austrian integrated oil and gas company, reported that 2Q hydrocarbon production fell 5.3% on year to 464,000 barrel of oil equivalent per day.

Lanxess, a chemical company, was downgraded to "sell" from "neutral" at Goldman Sachs.


#FRANCE#
Iliad, a telecommunication services provider, was downgraded to "hold" from "buy" at HSBC.


#SCANDINAVIA - DENMARK#
Nokia, a telecommunications and IT group, was downgraded to "neutral" from "overweight" at JPMorgan.

Swedish Match, a a Swedish tobacco company, was downgraded to "equalweight" from "overweight" at Barclays.