EU indices up this morning | TA focus on Chr Hansen


#UK-IRELAND#
Associated British Foods, a food processing and retailing company, posted a 3Q trading update: "Group revenue from continuing businesses for the 40 weeks ended 20 June 2020 was 13% lower than the same period last year at constant currency and 14% lower at actual exchange rates. (...) For the full year we continue to expect strong progress in the aggregate adjusted operating profit of our Sugar, Grocery, Agriculture and Ingredients businesses. (...) Nearly all Primark stores are now trading again and we estimate that, absent a significant number of further store closures, adjusted operating profit for Primark, excluding exceptional charges, will be in the range £300-350m for the full year compared to £913m reported for the last financial year."

Meggitt, an aerospace and defence company, issued a 2Q trading update: "Overall, we expect Group organic revenue to be c.30% lower in the second quarter. (...) Group revenue in the first half is expected to be c.15% lower than in H1 2019 on an organic basis, with growth in Defence more than offset by lower revenues in both civil aerospace and Energy."

BHP Group, a giant metals miner, was downgraded to "hold" from "buy" at Deutsche Bank, while its peers Rio Tinto was upgraded to "buy" from "hold".

National Grid, an electricity and gas utility company, was downgraded to "hold" from "buy" at HSBC.

Deutsche Bank, a banking group, was downgraded to "sell" from "hold" at Societe Generale.


#BENELUX#
Heineken, a Dutch brewing giant, was downgraded to "neutral" from "overweight" at JPMorgan.


#SCANDINAVIA - DENMARK#
Chr Hansen, a bioscience group, announced that 3Q net income grew 5% on year to 70 million euros and adjusted EBIT rose 5% to 97 million euros on revenue of 314 million euros, up 4% (+7% organic growth). From a chartist point of view, the stock is supported by a rising trendline drawn since March the 16th and its 20 and 50-period moving averages. Furthermore, the share is aiming the previous all-time high at 758DKK. 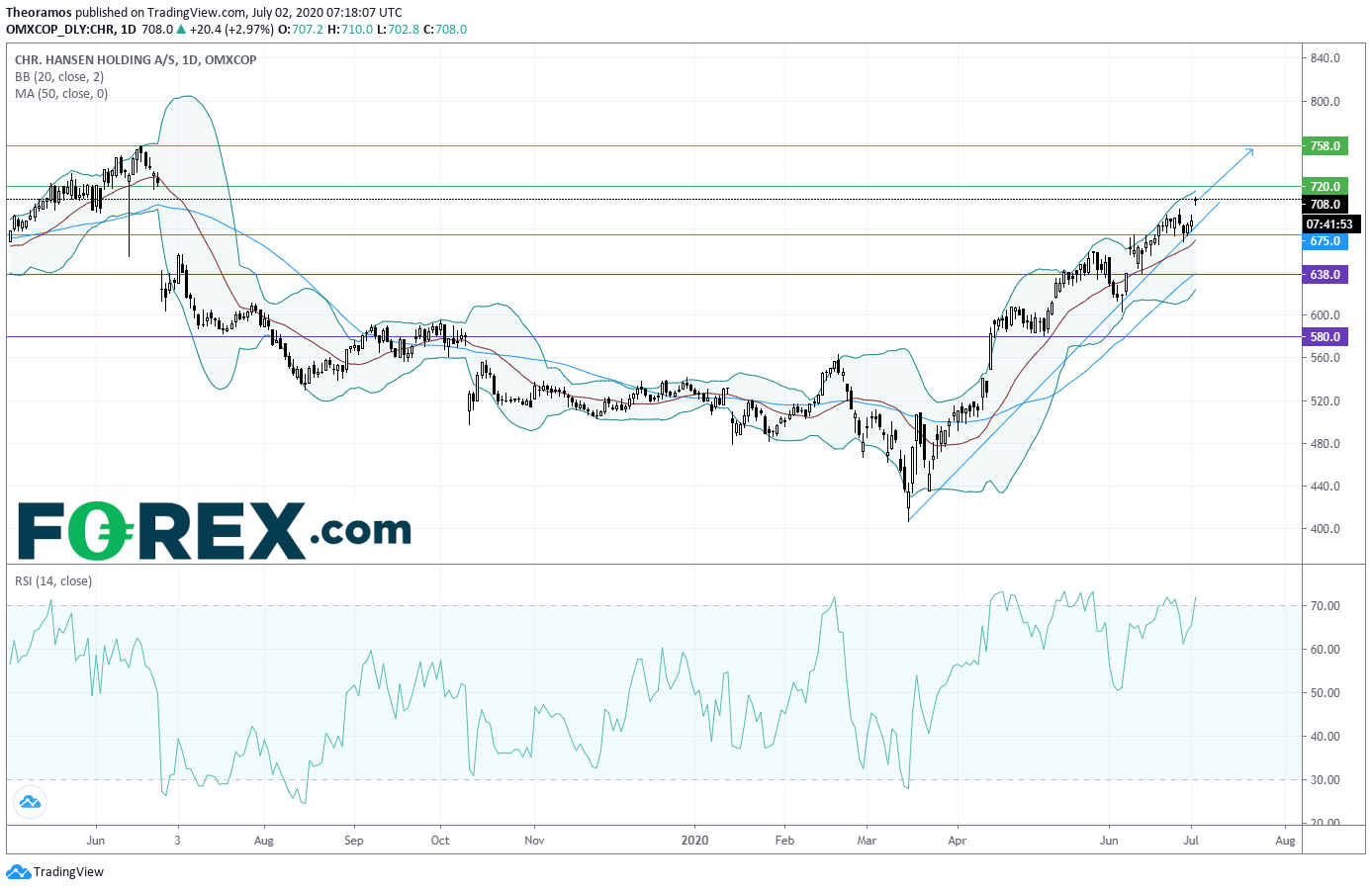 Assa Abloy, an access solutions provider, was upgraded to "buy" from "hold" at Deutsche Bank.