EU indices up this morning | TA focus on Zalando


#UK - IRELAND#
Centamin, a gold producer, posted a 2Q production report: "Gold production for Q2 of 130,994 ounces from Sukari was above forecast primarily due to higher mill feed grades and, as a precautionary measure due to COVID-19, the deferral of plant maintenance shutdowns to Q3 and therefore reducing the volume of third-party on-site access. This brings production for the first six months of the year to 256,084 ounces. (...) On track to meet 2020 full year guidance. Full year production range narrowed to between 510,000-525,000 ounces of gold; cost guidance is unchanged with cash costs forecasted between US$630-680 per ounce produced and AISC forecasted between US$870-920 per ounce sold."

Ryanair, an airline group, was upgraded to "overweight" from "neutral" JPMorgan.

Legal & General Group, a financial services company, was upgraded to "buy" from "neutral" at Bank of America Merrill Lynch.


#GERMANY#
Fraport, an airport operator, announced that Frankfurt Airport (FRA) served a total of 599,314 passengers in June, down 90.9 % on year, and accumulated passenger traffic dropped 63.8% in 1H. The company said: "Main reasons for the negative trend were the continuing travel restrictions and the lower passenger demand caused by the COVID-19 pandemic. Government travel warnings for 31 European countries were lifted in mid-June, leading to an expansion of flight offerings. As a result, FRA saw a moderate rise in passenger traffic in late June, after having experienced a 95.6 percent year-on-year drop in May 2020."

Zalando, a e-commerce company, was upgraded to "buy" from "hold" at Deutsche Bank. From a weekly point of view, the stock remains bullish between the upper bound of its bollinger bands and its 20DMA. Above 57.5 euros look for a new all-time high at 75 euros and 79 euros in extension. 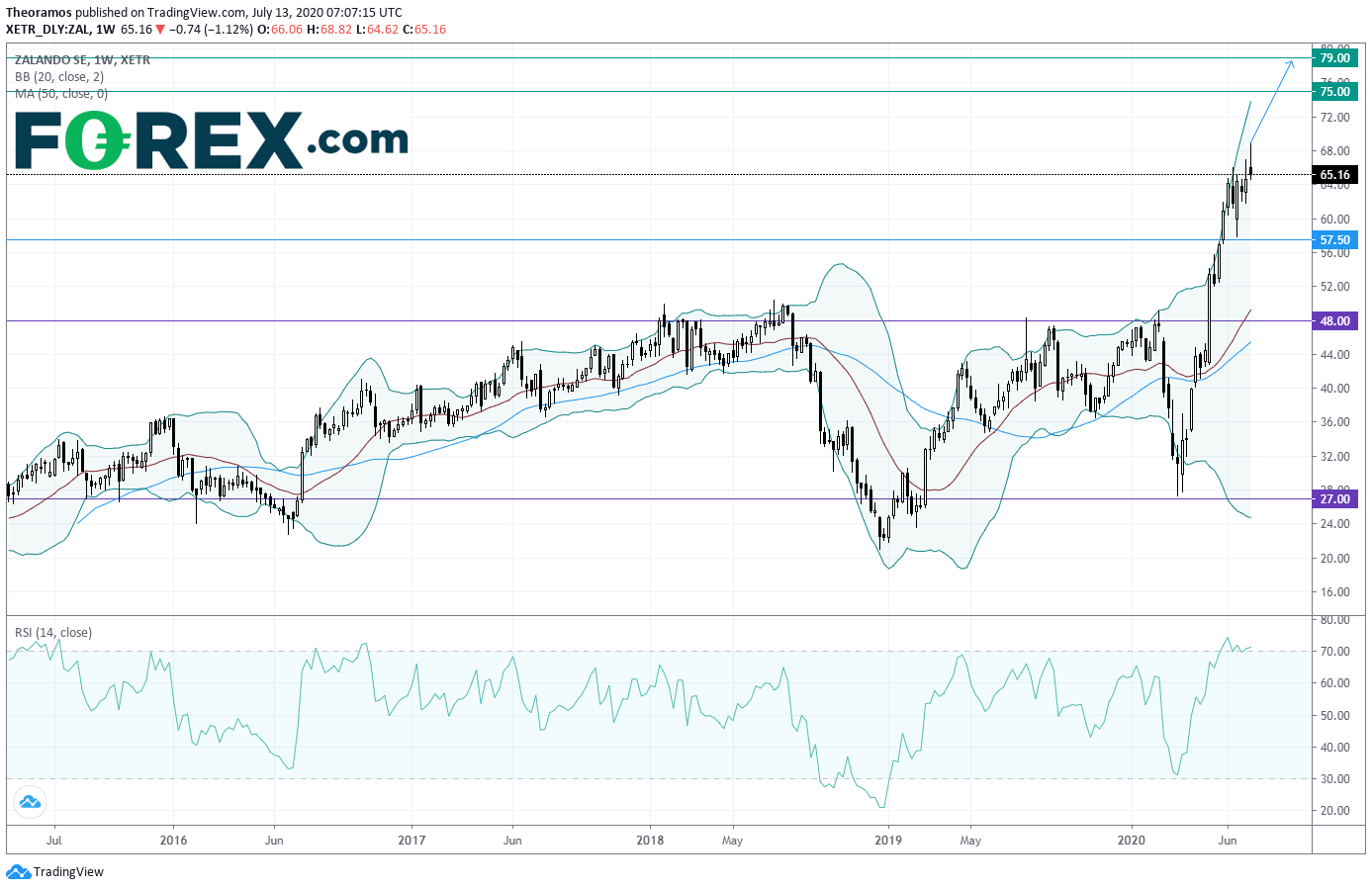 Vinci, a concessions and construction company, reported that TELT (Tunnel Euralpin Lyon Turin) has awarded a 220 million euros contract for works package 5A of the Lyon-Turin rail line to a consortium led by its subsidiary VINCI Construction.


#SCANDINAVIA#
DNB, a Norwegian financial services group, announced that 2Q net income declined 19.1% on year to 4.77 billion Norwegian krone on net interest income of 9.45 billion Norwegian krone, down 1.4%. Meanwhile, return on equity fell to 8.7% from 11.3% in the same period last year, while CET1 ratio climbed to 18.2% from 17.3%. The bank added: "The impairment losses in DNB's financial statements are still higher than normal, but they are 63 per cent lower than in the first quarter. This is mainly due to impairment losses associated with the oil-related industries, which amounted to around NOK 1.9 billion for the quarter. Compared with the first quarter, impairment losses for these industries were NOK 742 million lower in this quarter."