<p>The contrast between European and US equities could not be more striking. Whereas the S&P 500 is just shy of its all-time high, in Europe, most major stock indices are still limping following their early 2016 wobble. This is despite the ECB’s on-going bond buying programme is at full throttle, which has helped to push benchmark government bond yields to record lows with the German 10-year being just above zero and UK’s equivalent dropping to a fresh low today.</p> 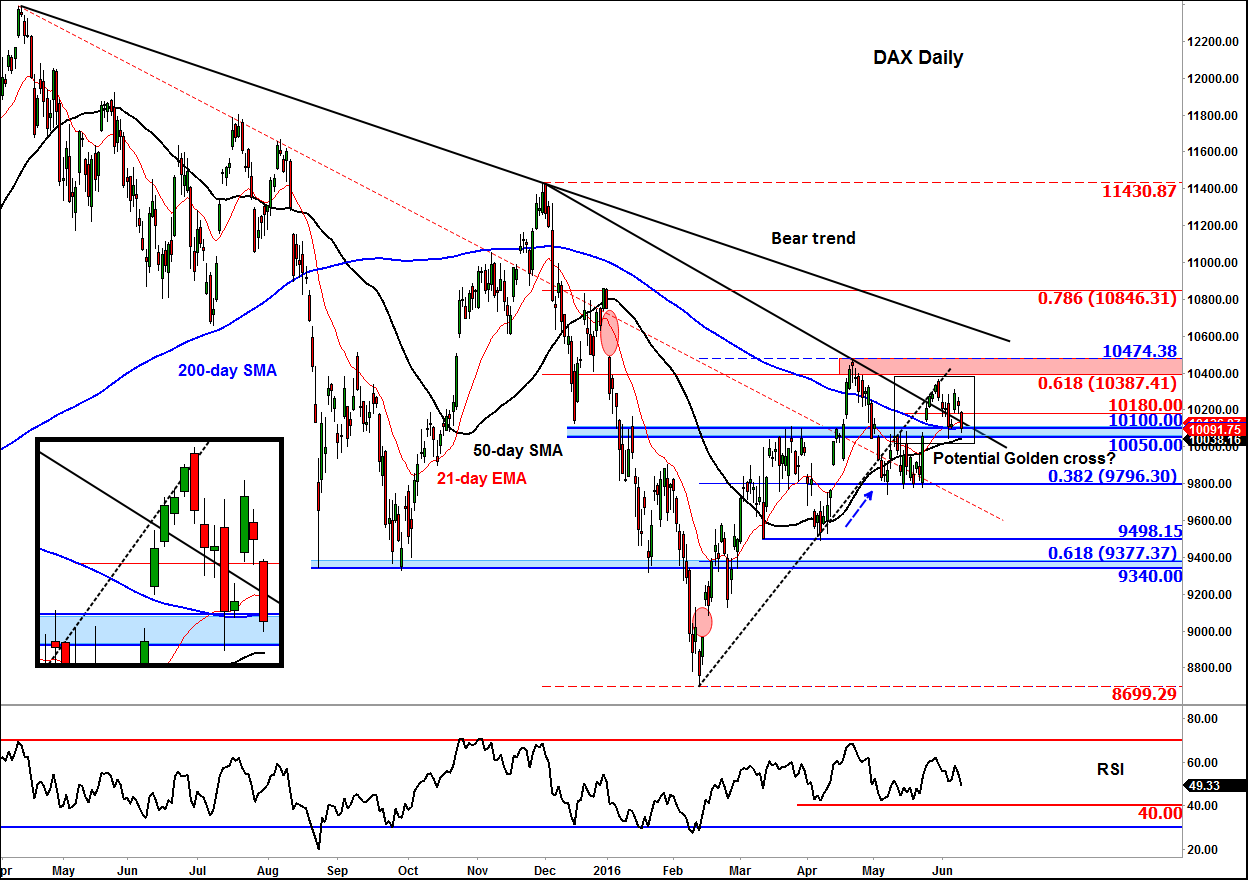