<p>Crude’s plunge to $30 has been the main reason why the Canadian dollar has been dropping to a fresh decade lows against the US dollar, with the black gold being Canada’s number one commodity export. Today, crude prices swung wildly to the positive territory, probably due to short-covering near the $30 handle, before both contracts fell back viciously to trade only just shy of this technically-important area as we went to press.</p> 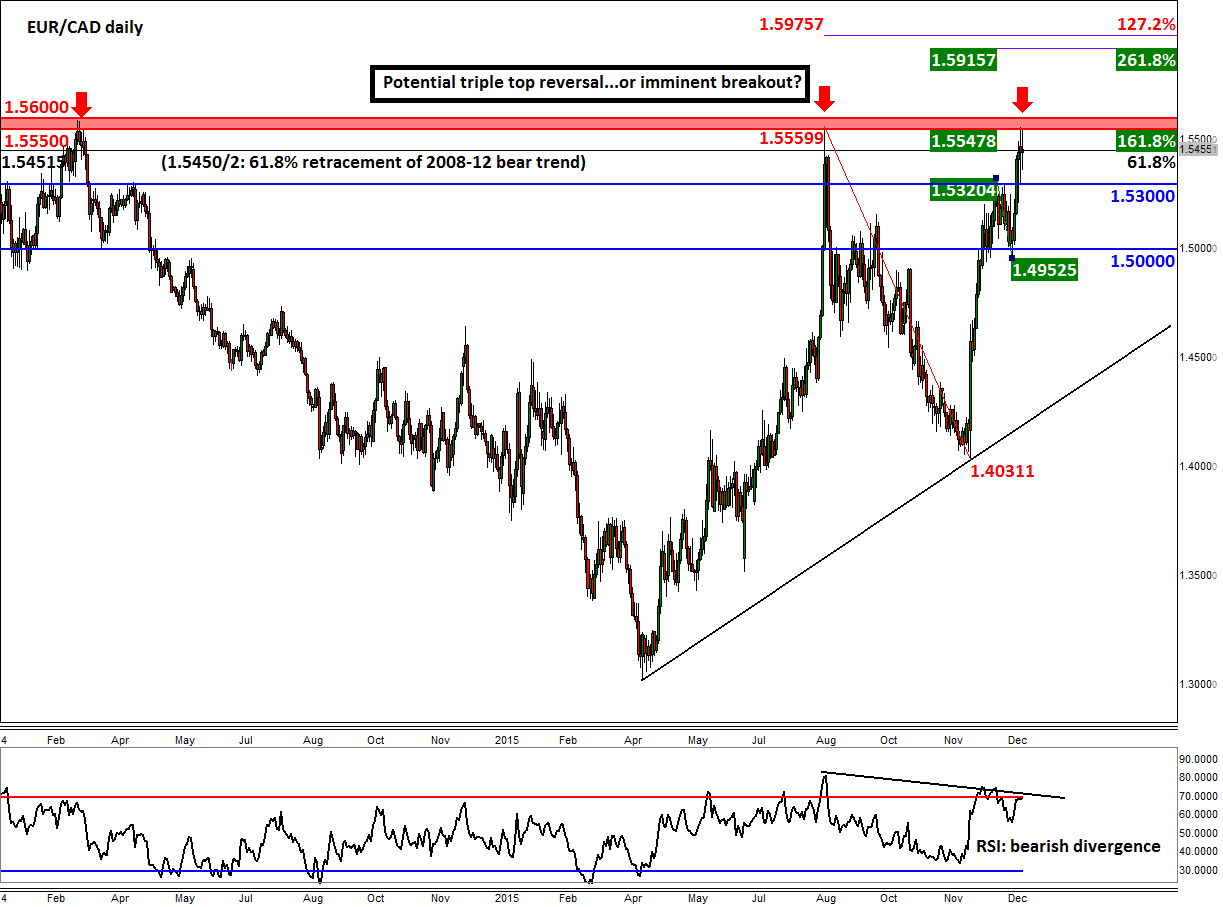