Share:
EUR/JPY has risen to bump up against major resistance just above 115.00 and on the underside of a key descending trend line extending back to the late January highs. The currency pair has been rising rather sharply since late September as the euro has generally been well-supported and the safe-haven yen has been in pullback mode on recently increased risk appetite in the markets. 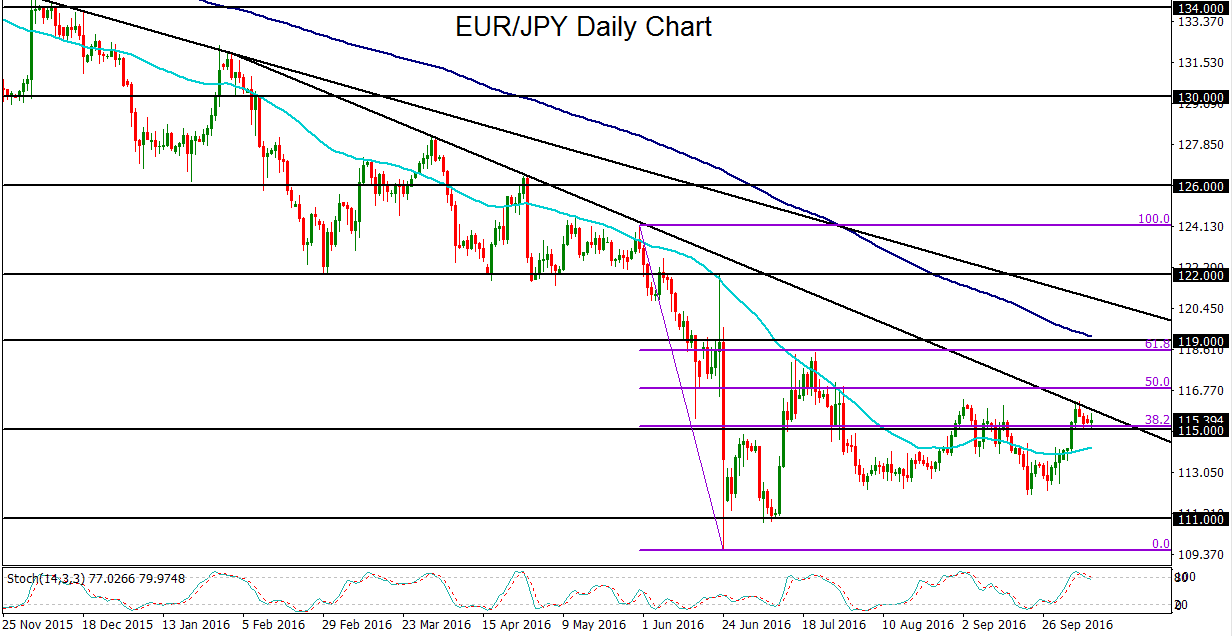