<p>EUR/USD has finished the month of May in a much worse position than it was in the beginning of the month, as the US dollar has continued to strengthen on increased anticipation of a Federal Reserve rate hike this summer and the euro has fallen due to economic stagnation in the euro area along with a steadfastly dovish European Central Bank (ECB).</p> 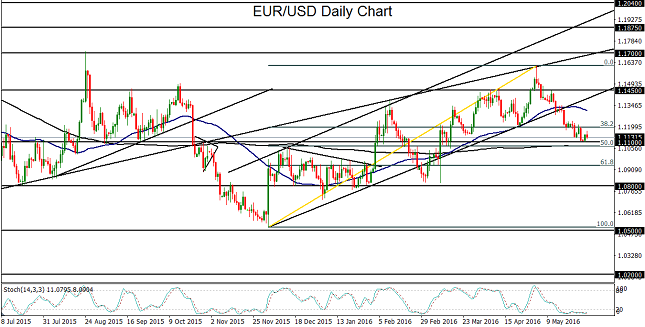