On Wednesday, as markets awaited the scheduled release of minutes from the Federal Reserve’s last FOMC meeting, the US dollar continued to rally, hitting a new year-to-date high.

On Wednesday, as markets awaited the scheduled release of minutes from the Federal Reserve’s last FOMC meeting, the US dollar continued to rally, hitting a new year-to-date high. Meanwhile, as the dollar maintained its rally of the past month, the euro was hit both by political and economic worries out of Italy as well fresh eurozone economic data (services and manufacturing) that largely fell short of consensus expectations.

This week features releases of minutes from the latest meetings of two central banks – the US Federal Reserve on Wednesday and the European Central Bank on Thursday. This combination of central bank releases has the potential to make a significant impact on the struggling EUR/USD.

Helping to drive dollar strength and EUR/USD weakness in the past several weeks has been the continued rise of bond yields and interest rate expectations. Though the benchmark 10-year US Treasury yield pulled back on Wednesday, the yield has recently risen and remained elevated above the key 3.00% level, peaking last week around 3.12%, which marked its highest point since mid-2011. Wednesday's market scrutiny of the Fed minutes will focus on wording changes and any hints or indications regarding a widely expected rate hike in June. Currently, markets are pricing-in a 95% probability of such a hike.

Amid continuing dollar strength and euro weakness, EUR/USD has extended its losses to establish a new year-to-date low as of Wednesday. The currency pair has fallen sharply since mid-April, breaking down below multiple support levels in the process. With potentially a new bearish trend in place, the next major downside level to watch is around the 1.1600 level, which represents the late-2017 consolidation lows. Any major breakdown below 1.1600 has the potential to open a path towards the 1.1400 handle. 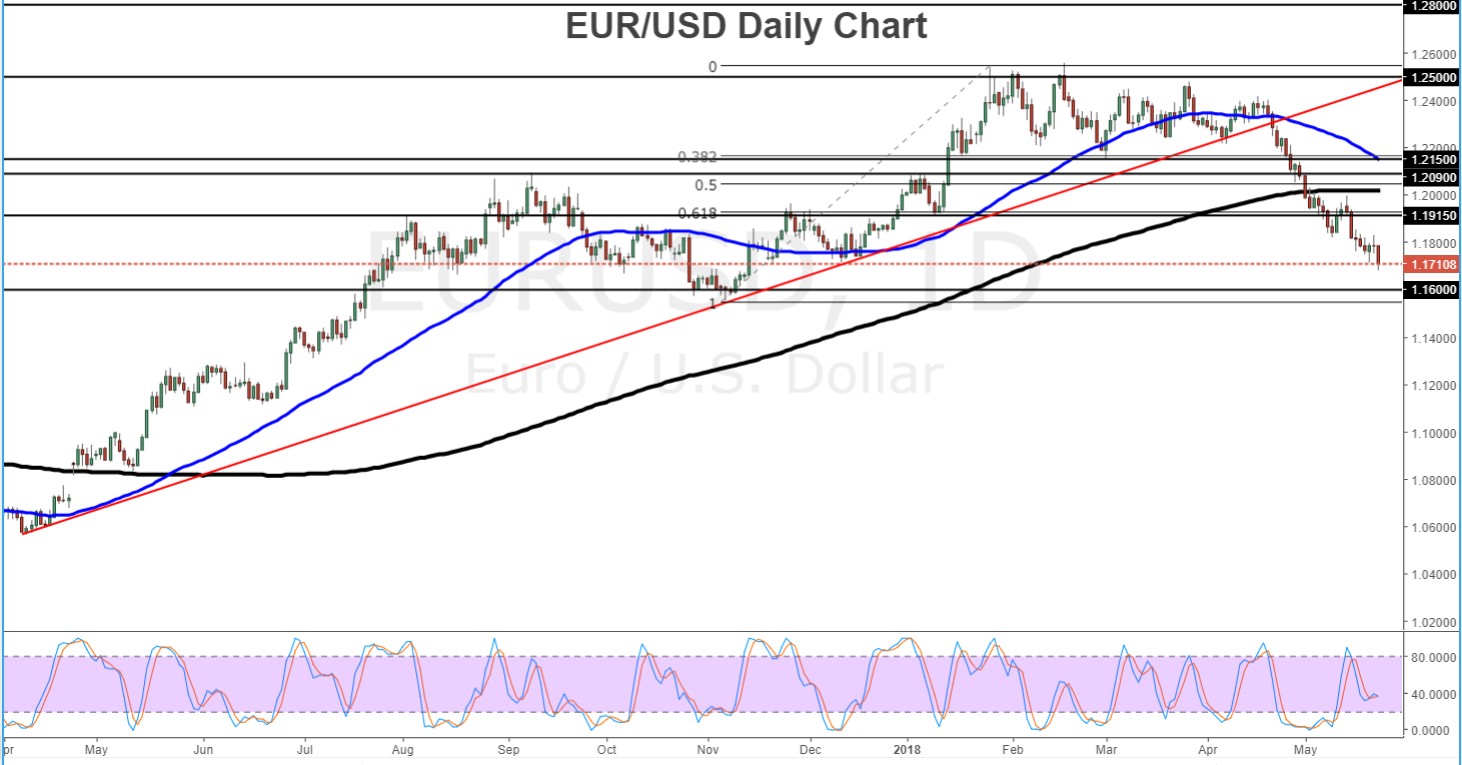