Contributing substantially to this rise was a further-weakened US dollar that has not been able to make any meaningful rebound or recovery lately despite a recently hawkish-leaning Federal Reserve. In addition, expectations remain that the ECB may make some kind of tapering announcement in the next several months. This speculation over a potentially hawkish turn by the central bank in the wake of Draghi’s comments on rising inflation has helped to keep the euro supported.

Technically, as noted, EUR/USD has confirmed a key technical breakout above the 1.1300 psychological level. This also confirms a continuation of the bullish trend since the beginning of the year. With any further dollar weakness and continued support for the euro above 1.1300, the breakout has a potential to extend towards the next major upside target around the key 1.1450 price region. With any further breakout above that resistance, a further resistance objective can be found at the 1.1600 level, last tested over a year ago in May 2016. 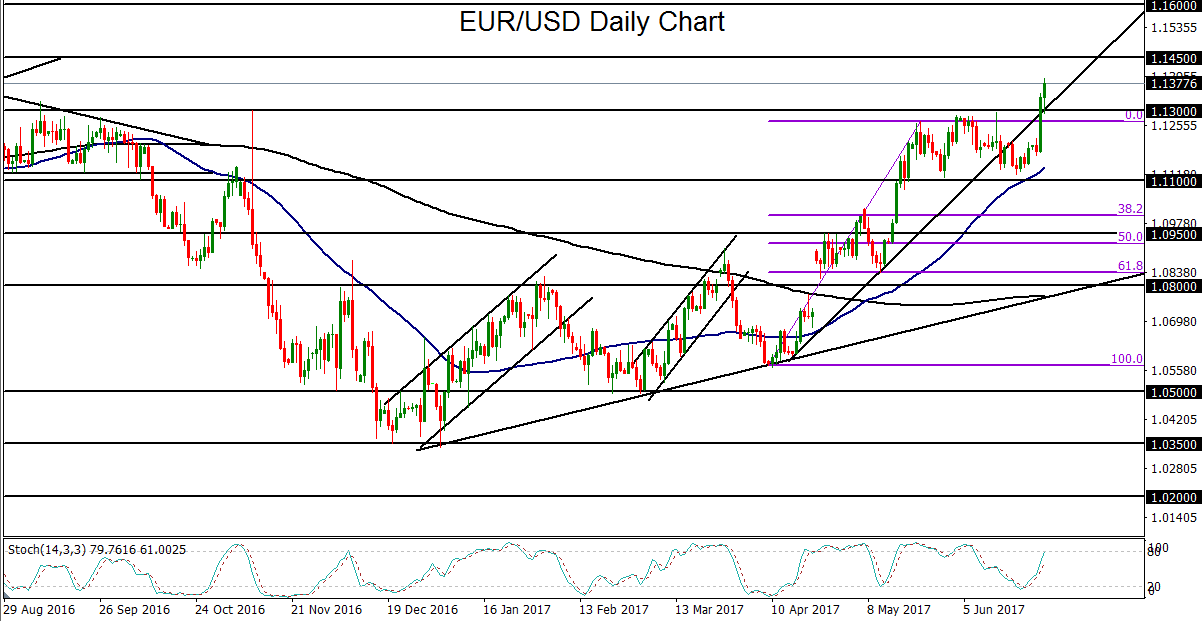