As the US dollar generally remained resilient on Tuesday after having pulled back on Monday, EUR/USD fell back towards major support around the 1.0950 level.

As the US dollar generally remained resilient on Tuesday after having pulled back on Monday, EUR/USD fell back towards major support around the 1.0950 level. Key US inflation data out of the US on Tuesday, in the form of the Consumer Price Index (CPI), met expectations at a +0.3% increase in prices for September, showing the highest rate of inflation growth in five months. The core CPI, however, which excludes food and energy, rose by a lower-than expected 0.1% in September, falling from the previous month’s pace of 0.3%. Despite the miss in core prices, the headline CPI data was relatively strong, suggesting that inflation could approach the Federal Reserve’s target. This data helps to back current expectations for a December Fed rate hike, which have continued to keep the US dollar well-supported in recent weeks and months. In turn, this dollar strength has helped to pressure the recently besieged currency pair, EUR/USD, back down towards its recent lows. 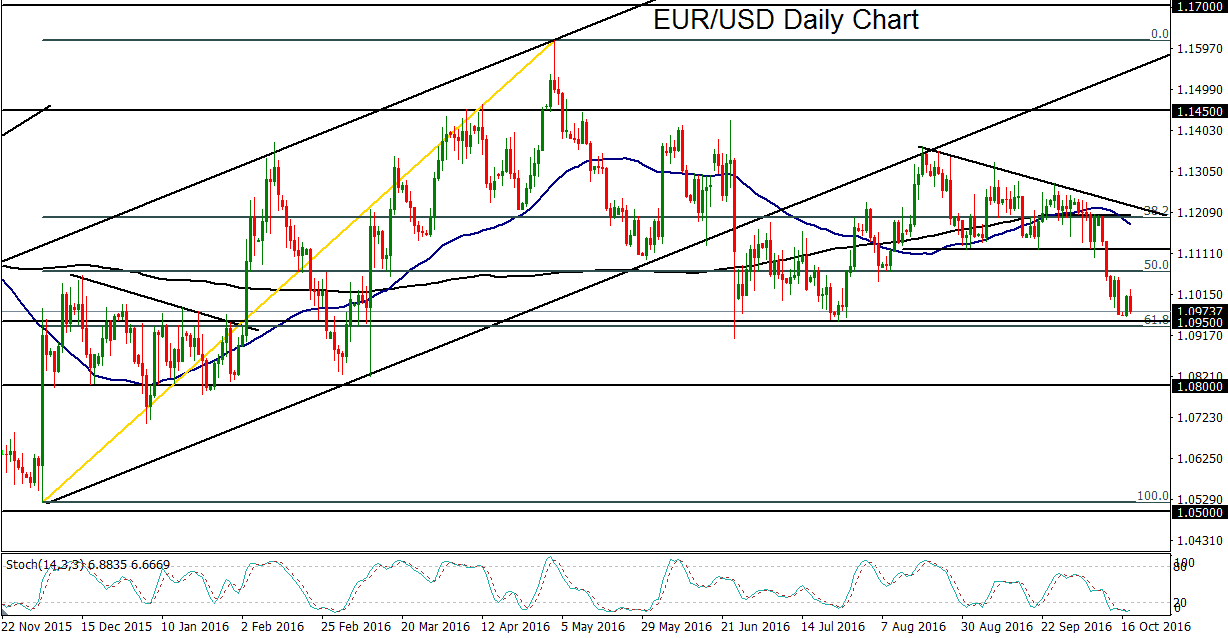