A weak UK retail sales report could be a near-term catalyst to take EUR/GBP back toward the bottom of its range near 0.8460 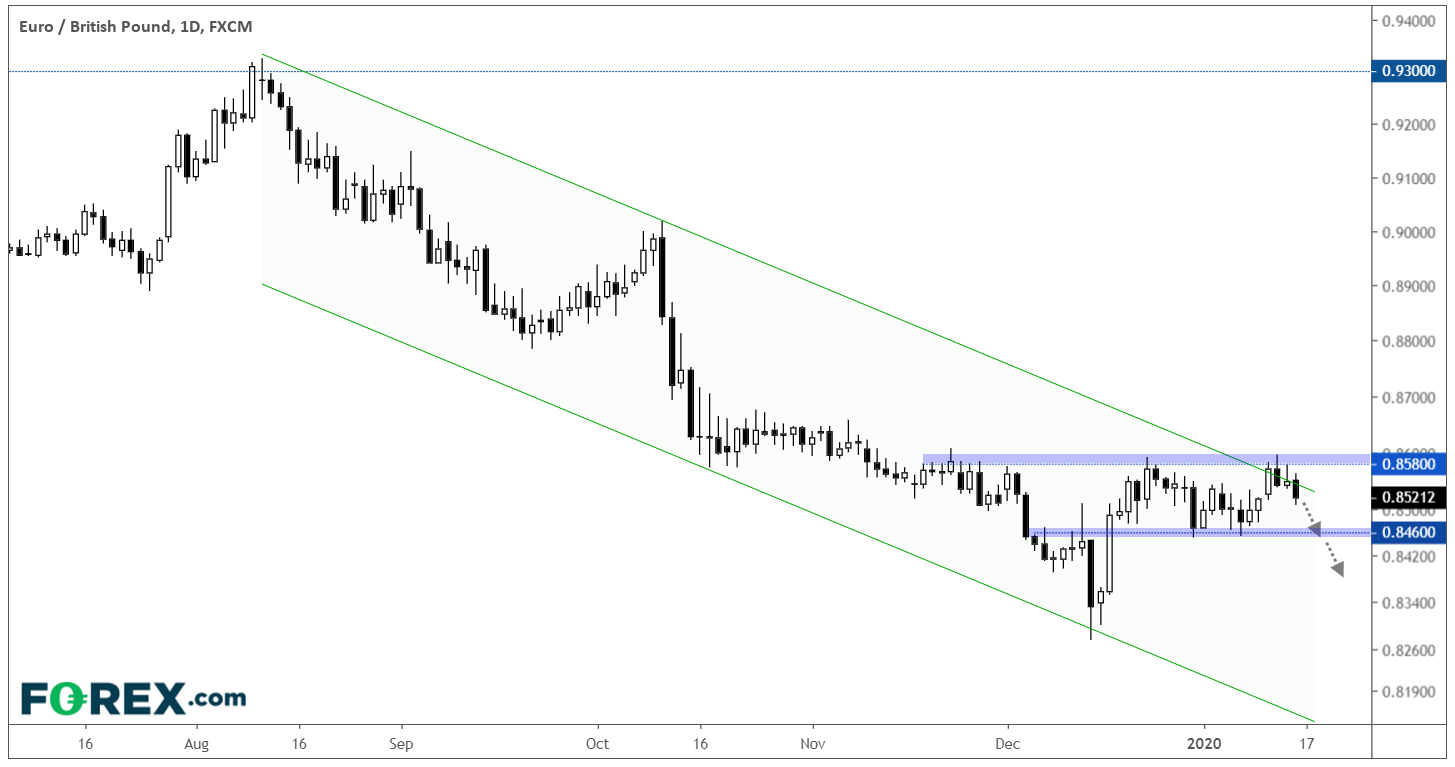