EUR/GBP: Sterling downside could be limited

If the Bank of England were voting for a rate change today, this morning’s disappointing UK PMI data may have encouraged one or two more within the Monetary Policy Committee to vote for an 'insurance' rate cut

If the Bank of England were voting for a rate change today, this morning’s disappointing UK PMI data may have encouraged one or two more within the Monetary Policy Committee to vote for an 'insurance' rate cut. That’s how the markets reacted today, as the pound slumped on the back of news the services PMI fell to 48.6 and manufacturing PMI eased to 48.3, both below the boom/bust level of 50.0. However, the BoE’s next policy meeting is on December 19, several days after the general election on December 12. So, it remains to be seen whether the BoE will actually cut interest rates given that the outcome of the election could have important implications in so far as Brexit is concerned. Indeed, the PMI data tends to be sensitive to Brexit uncertainty. Thus, if there is more certainty about the direction of Brexit post elections then the PMI numbers could rebound quickly.  In other words, the pound may have overreacted to today’s disappointing data and could regain its poise, especially if the business-friendly Conservatives gain further ground in the polls.

However, there were no signs of a quick rebound this late in the day. So, if we are to see a comeback by the pound, it may come in the week ahead. Its best chance for a good comeback may well be against a weaker rival such as the euro, rather than the dollar, given the still-supportive US economy. Th EUR/GBP remains entrenched inside a bearish channel and with price being so close to this year’s earlier low of 0.8472, I would be very surprised if this level is not taken out in the coming days and week – barring an unexpected election surprise. That being said, the bears may wish to wait for a signal candle to form before expressing their views, given the recent recovery. 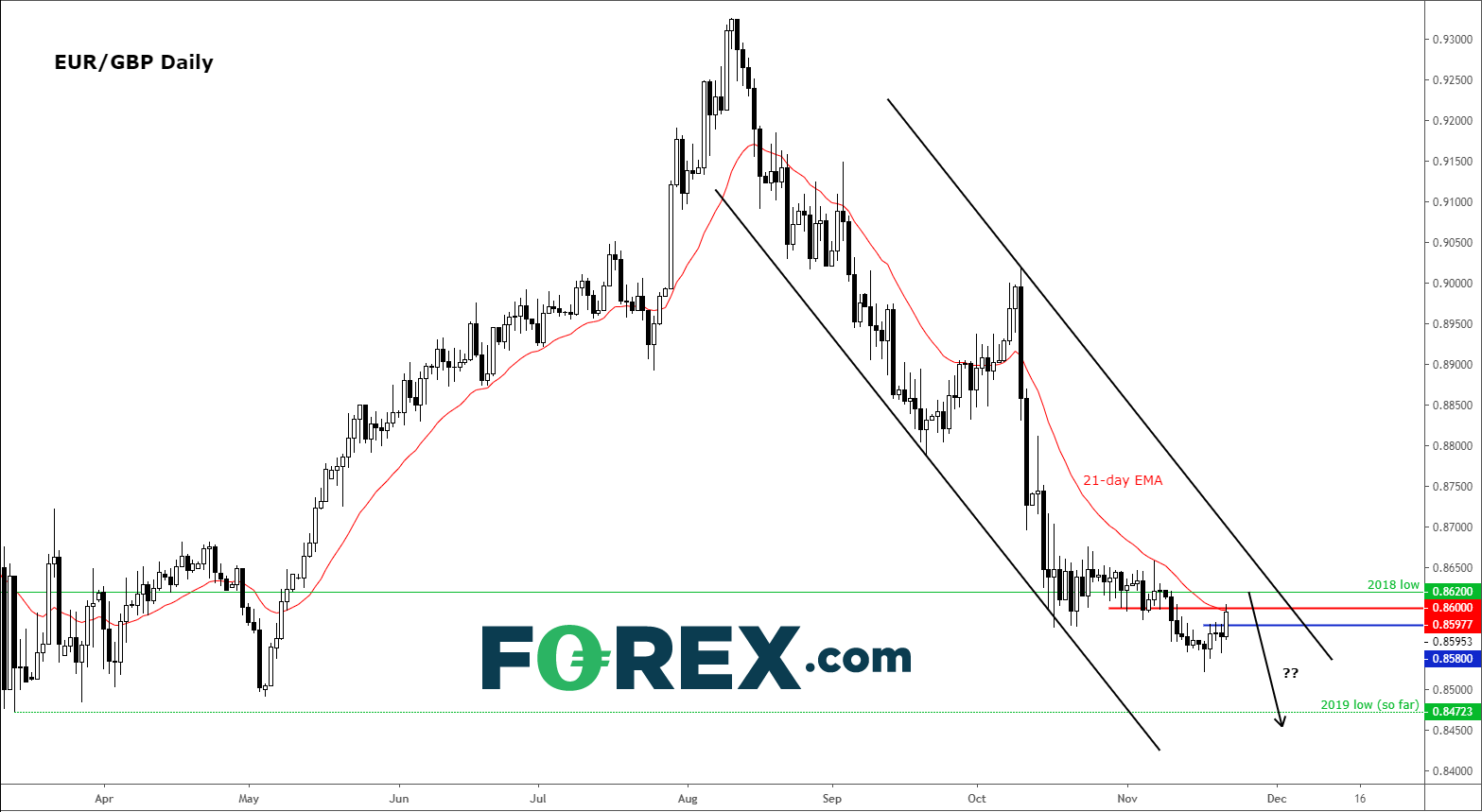