Underscoring investors’ on-going insatiable appetite for risk, the benchmark stock indices in Germany and the UK hit new record highs today. When the single currency rises in a “risk on” market environment, the EUR/JPY is usually the euro pair that tends to outperform as the safe haven yen takes a back seat. 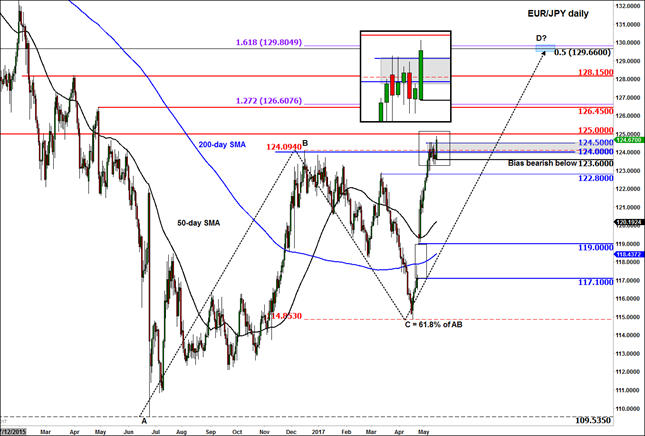