With quarterly GDP readings scheduled to be released from both the euro area and Japan this week, currency market focus has shifted in part towards EUR/JPY – one of the most widely traded of the major non-USD crosses.

With quarterly GDP readings scheduled to be released from both the euro area and Japan this week, currency market focus has shifted in part towards EUR/JPY – one of the most widely traded of the major non-USD crosses. On Tuesday morning, Eurostat will release its quarterly second-estimate, or flash, GDP reading for the euro area during the first quarter of this year. Markets are expecting +0.4% GDP growth during that time. German preliminary GDP will also be released on Tuesday morning, with expectations also running at +0.4% Q1 GDP growth. For its part, Japan’s Cabinet Office is slated to release Q1 preliminary GDP on Wednesday morning in Tokyo. Market consensus is currently expecting a flat initial reading (0.0%) for Japan’s GDP growth during the first quarter.

Ahead of these key GDP releases (along with consumer inflation data scheduled for release this week by both the eurozone and Japan), EUR/JPY has lately been on the rise as the recently battered euro has gained some respite from a retreating US dollar. Also, the Japanese yen has been pressured amid a lack of safe-haven demand, as risk appetite in the markets has increased significantly during the past week.

From a technical perspective, EUR/JPY has exhibited signs of trading within a new bearish trend during the past few months, following on the heels of the longstanding bullish trend since mid-2016. The currency pair fell below its 200-day moving average in late-February, struggled to revert back above the average, then fell decisively below again in late-April. Currently, despite the recent short-term rally, EUR/JPY remains below both its 50-day and 200-day moving averages, and continues to carry a bearish technical bias. Amid the noted GDP and CPI readings this week, as long as EUR/JPY maintains its downside momentum below both moving averages, the bearish bias should remain, potentially pressuring the currency pair towards key support around 128.00 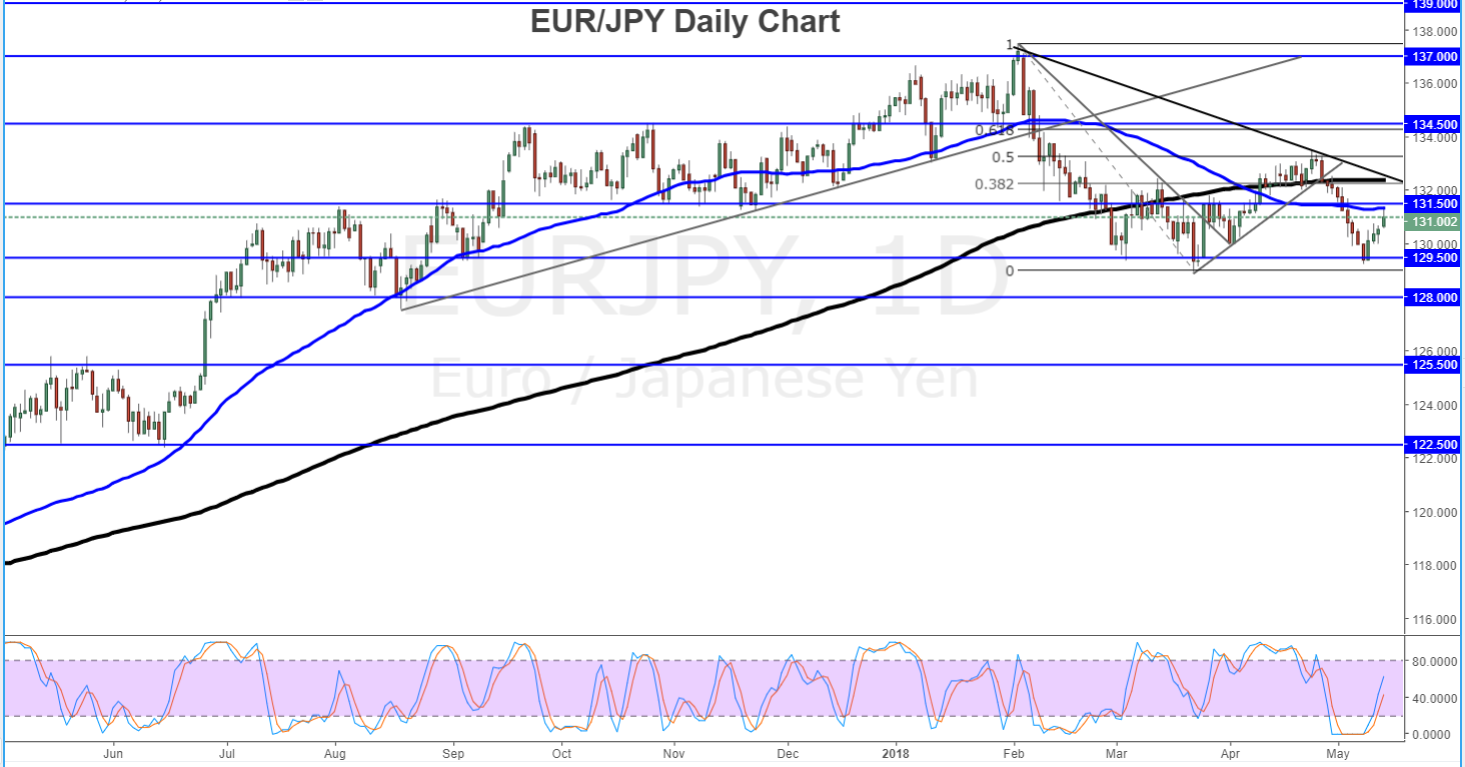