Euro pause could become a stall

Right now, the indelicate art of trading sterling against a backdrop of Brexit mayhem and ambivalent economic trends is an exercise in gauging the extent to which risks are relatively priced or overpriced over the crosses. Like Brexit  itself, no one would describe the methodology as scientific. Still, the euro’s steady glide lower, throughout 2019, in step with a stream of deteriorating economic counters, has brought frequent interest in contrarian bets in favour of the pound.

In more recent weeks however, the advent of Boris Johnson’s premiership, which heightened volatility anew, made bullish strategies more difficult to manage. On top of that, U.S.-Eurozone rate differentials have narrowed sharply this year, as the Federal Reserve becomes increasingly boxed in. True, spreads remain enormous: the two-year Eurozone/U.S. differential spanned -0.786% to 1.4255% at last check. But tightening of around 1% since late January is still punchy. Tapering of the Eurozone-UK 2-year spread by 0.3% and change since mid-April is less spectacular but can’t be ignored.

Aside from Brexit, these moves are another reason why sellers of dollars or pounds against the single currency in recent weeks, have seemed to be pushing hard at a door, unaware that it was open. Such instances, like EUR/GBP’s 73-odd pip run higher in Europe on Tuesday, can pose the risk of corrective setbacks. Downing Street’s unravelling Brexit negotiating strategy—and possibly unravelling poise too—has coincided with weak though better-than-expected German output stats and worryingly soft U.S. factory gate inflation. Upside euro momentum was seized on, but the test of whether it’s run too far has already begun.

The rate was last eyeing the lower side of 0.8974. That was resistance established by clear reversals between 10th and 13th September. That makes the line a pivotal check of the euro’s rebound from a floor on the 20th September. Well, the level did give way, but not sustainably, therefore the test is incomplete. RSI momentum is now tracking higher with price. Rougher trends, like the 50-hour average are also in step. Even better, the 50-HMA has provided additional support in recent sessions. In other words, conditions are ripe for the euro to capitalise more on souring Brussels-London talks, and any further retreats by Downing Street into the twilight zone. But if the single currency keeps stalling here, it will probably stall hard. In that instance, the rising trend line from  September lows could be next in line top break. 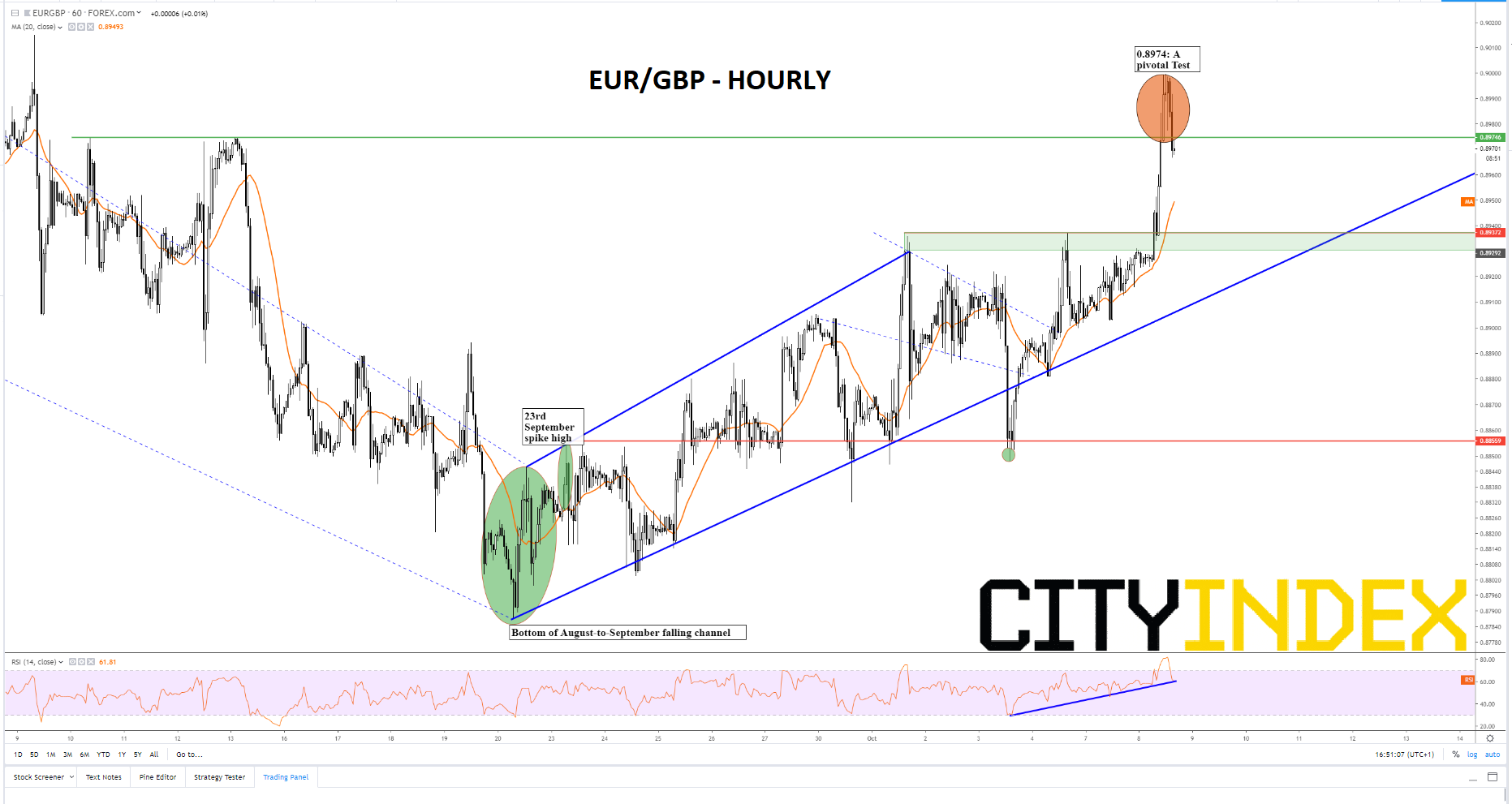