As we start the last month of the year, the EUR/USD continues to look remarkably strong. Investors have shrugged off political and economic risks in several Eurozone countries this year and instead concentrated on the brighter economic prospects. 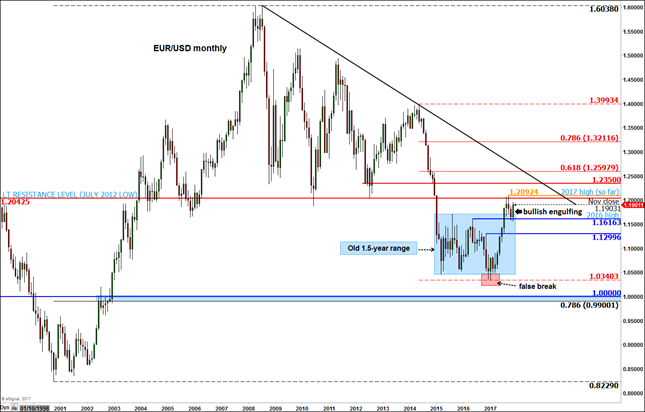