EUR/USD at a year-to-date low: How low can it go?

EUR/USD is at its lowest level of 2021, but the technicals suggest that there may be more downside to come...

Midway through last week, the outlook was looking up for EUR/USD bulls. The pair was probing a multi-week high near 1.2000 and the Federal Reserve had just come out with a dovish statement, suggesting that it still wasn’t looking at raising interest rates until 2024.

Since then, the outlook for the world’s most widely-traded currency pair has been flipped on its head.

Despite yesterday’s seemingly better-than-expected PMI figures out of Europe, traders are more concerned with new lockdowns and a third wave of COVID infections as the continent struggles to roll out vaccines. Meanwhile on the other side of the Atlantic, the US continues to vaccinate its population at a relatively rapid rate, and US economic data is consistently coming in above expectations. Just this morning, the US reported “only” 684k in new unemployment claims, the lowest total since the pandemic began, and revised its estimate of Q4 GDP up to 4.3% annualized, beating expectations of a 4.1% reading.

This combination of positive US and negative European news has pushed EUR/USD to a new year-to-date low below 1.1800. Notably, the pair has also broken below its 200-day exponential moving average for the first time in ten months, signaling that the longer-term bullish trend may have come to an end: 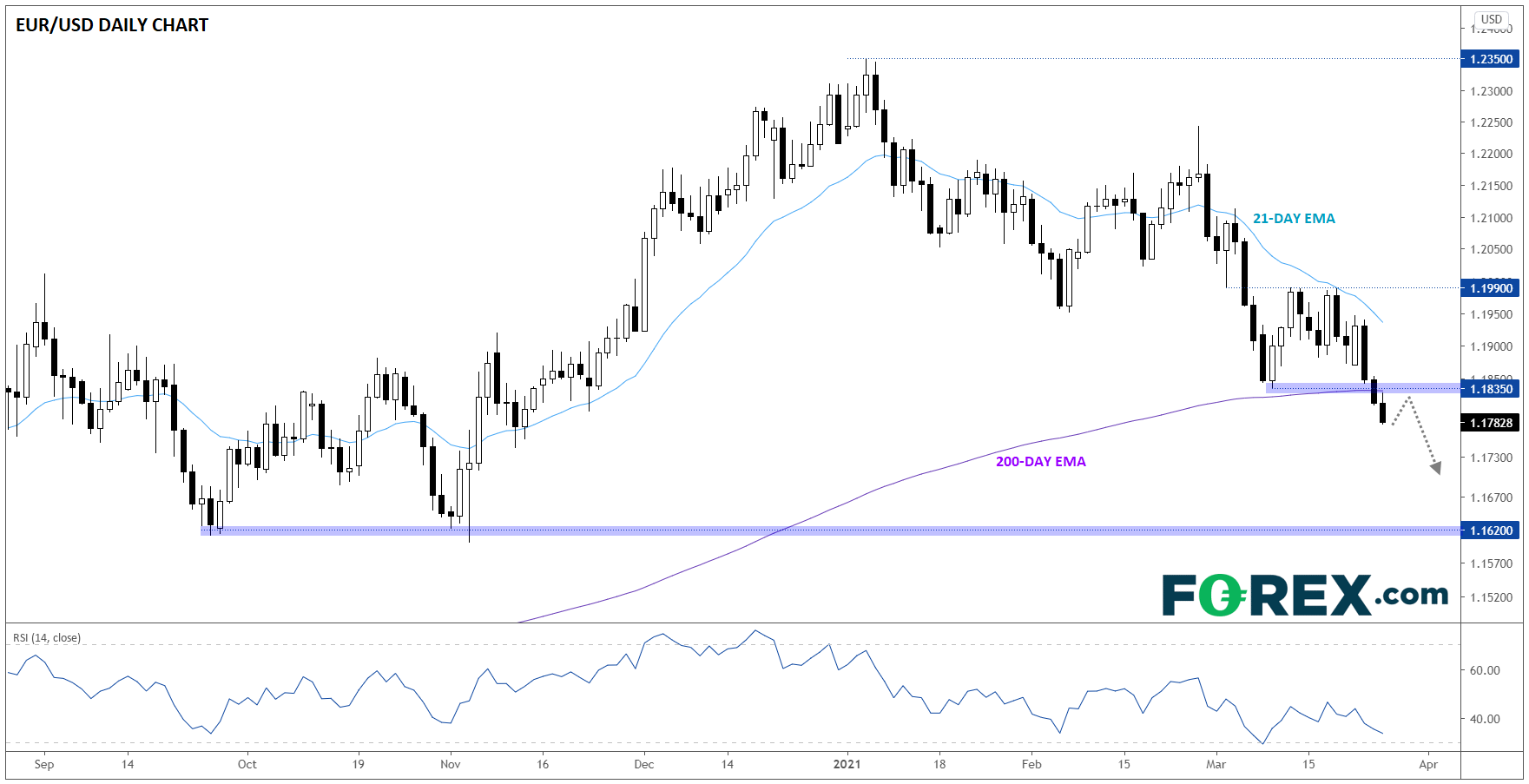 Despite the ferocity of the selloff (over 150 pips already this week!), the pair’s RSI oscillator has yet to reach oversold territory, signaling that rates may have further to fall before finding a floor. With little in the way of previous support nearby, bears could look to target the 1.1700 handle or the 8-month lows near 1.1620 next. Only a confirmed close back above the 200-day EMA near 1.1835 would erase the pair’s near-term bearish bias.