The single currency has found some mild support from this week’s mostly stronger-than-expected Eurozone data (for a change), while the US dollar has traded mixed ahead of the much-anticipated trade talks in Washington later between US and Chinese officials. 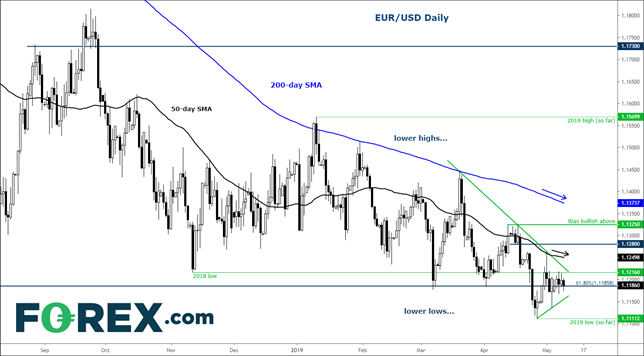