Believe it or not, January is about to come to an end. Back in December, the ECB extended the duration of its QE stimulus package while the Fed raised interest rates. The divergence between monetary policies in the two regions thus expanded further, and calls for EUR/USD parity increased. But despite all the doom and gloom about the euro, the currency is holding up relatively well against the US dollar. 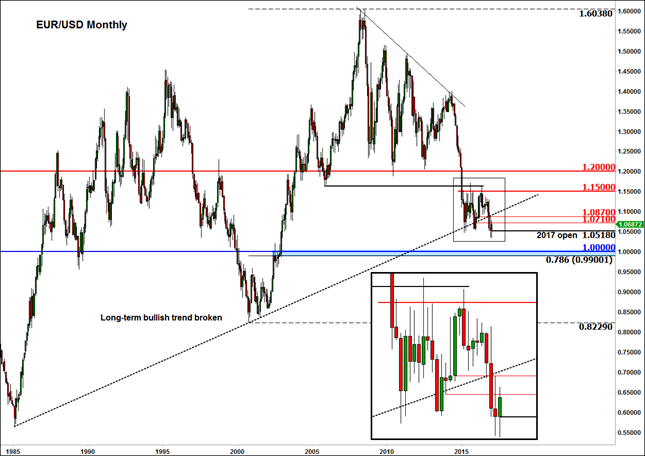