The EUR/USD’s recent rally finally came to a halt this week. 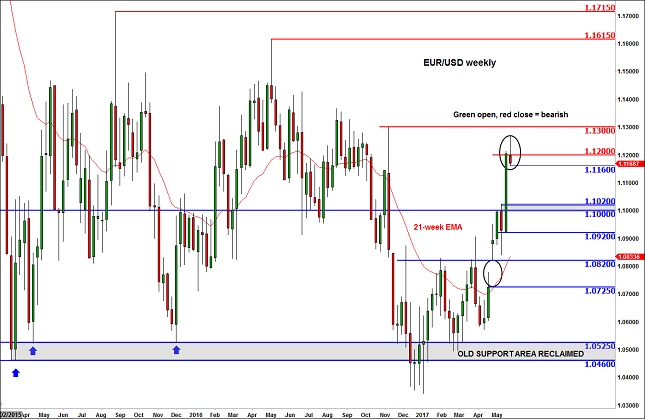