Well, no one can say that they didn’t see that coming. After Brexit and US elections, stocks rallied hard after an initial wobble. The same, albeit to a lesser degree, has now happened in stocks with the case of the Italian referendum. In FX markets, the EUR/USD dropped to near the 1.05 handle overnight before bouncing back to climb above 1.07. 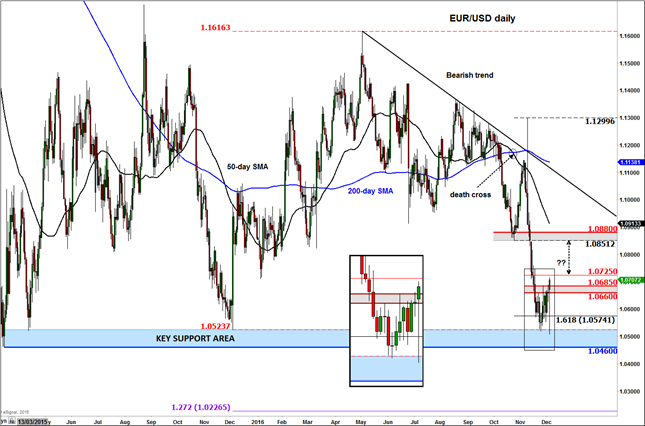