However, the appreciating exchange rate means the central bank will be even less willing to tighten its belt early. So, don’t be surprised if Mr Draghi and co come out with some dovish remarks on Thursday, which could weigh on the euro. 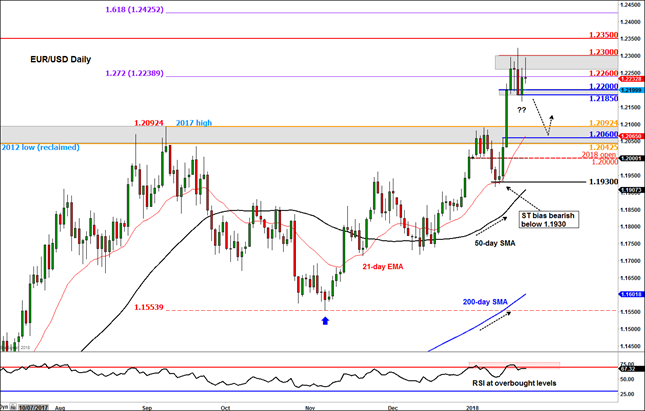