The EUR/USD’s sharp rebound from long-term support at 1.13 came to an abrupt halt on Friday and the weakness has persisted at the start of this week, although so far, we haven’t seen any significant follow-through. 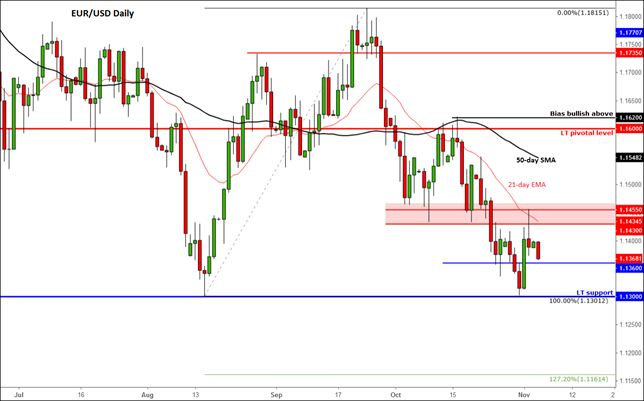