One could expect the DXY to push higher through the near term resistance levels. 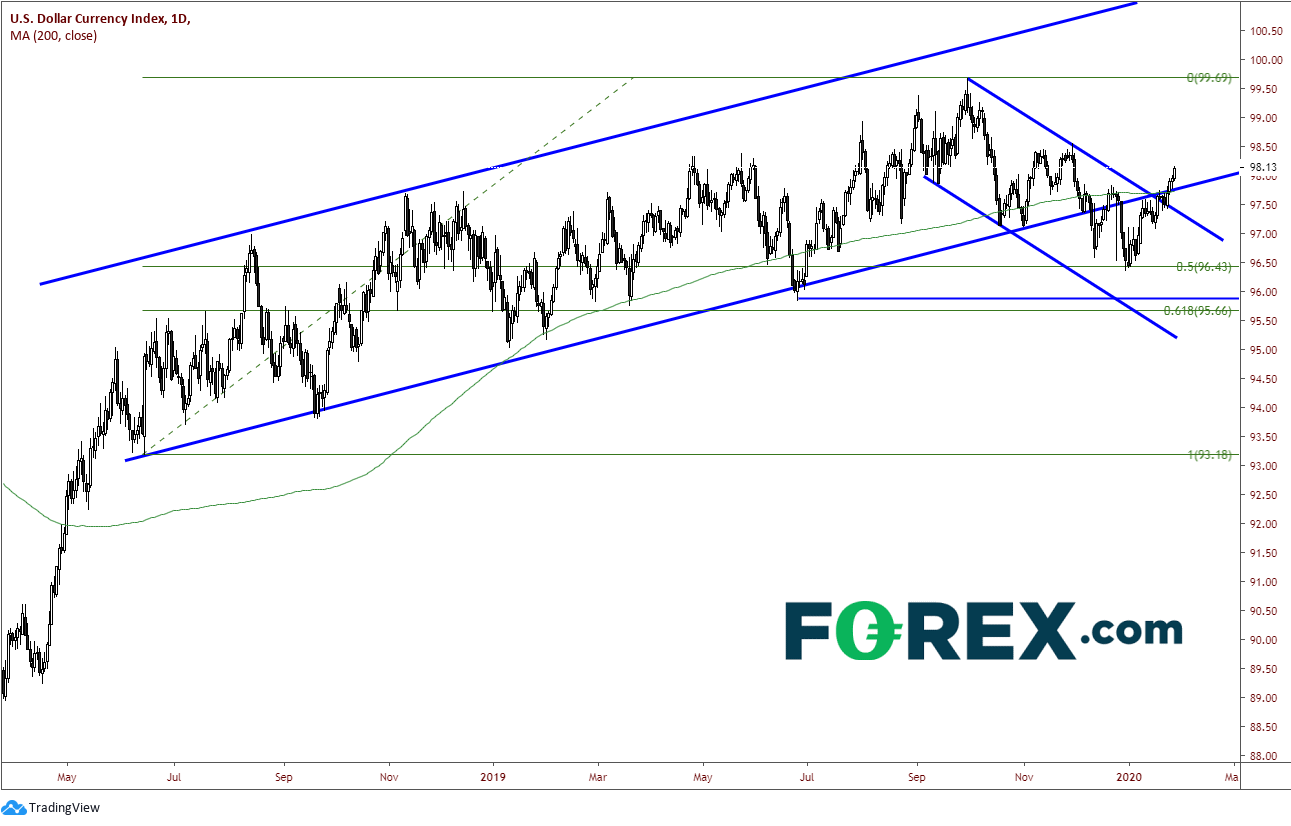