EUR/USD Spikes Higher In Asia - A Sign Of Things To Come?

Whilst the driver is currently unknown, it may be related to Jerome Powell reportedly asserting “Fed independence” at a Democrats’ retreat, or ‘unnamed sources’ claiming Powell thinks rates are in the right place. However, whilst some USD crosses traded lower, it was not as broad-based as the strength seen on Euro. Anyway…

Since our prior post, EUR/USD has bounced from key support and recouped around 0.75% since the low. That said, the magnitude of the bounce is a little underwhelming, having taken 8 days to achieve it. The 1.14 target we previously floated assumed the underlying characteristics of the choppy decline remained unchanged. Given the lacklustre nature of the ‘rebound’, the underlying characteristics of the decline have changed, so we need to be more flexible with our view and perhaps consider a lower, bullish target on the daily.

From here, two potential scenarios stand out as worthy of monitoring: 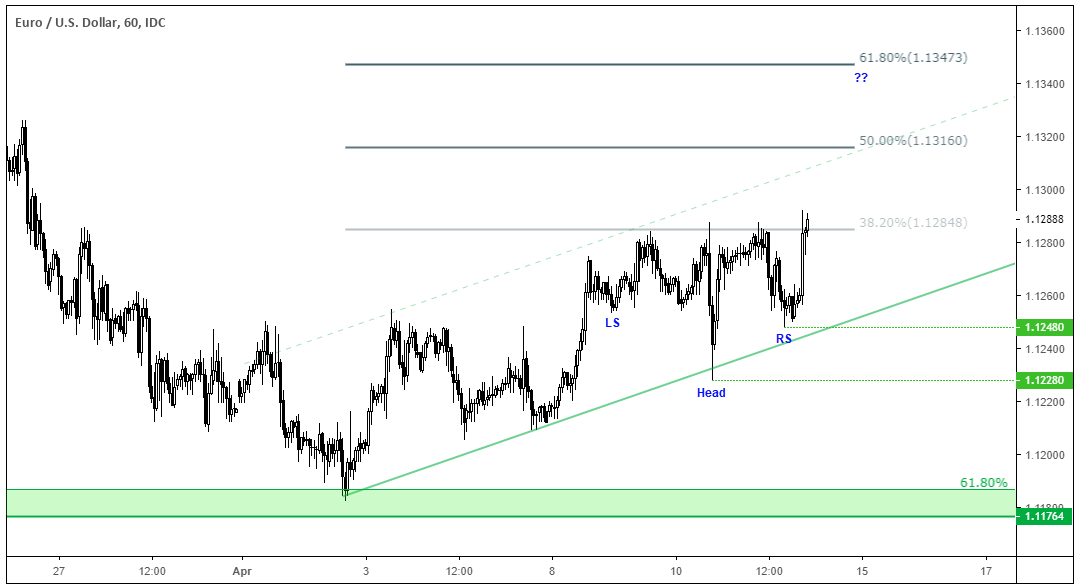 The hourly chart is carving out a potential inverted head and shoulder pattern, which is a continuation pattern in an uptrend. A bullish channel is being carved out, with the ‘Fed minutes spike’ providing a prominent low around 1.2280 and the right shoulder (RS) providing a higher-high at 1.1248. Today trade has seen a pickup of bullish momentum towards the 38.2% retracement level and, if successful, the inverted head and shoulders projects an approximate target around near the 61.8% Fibonacci level. 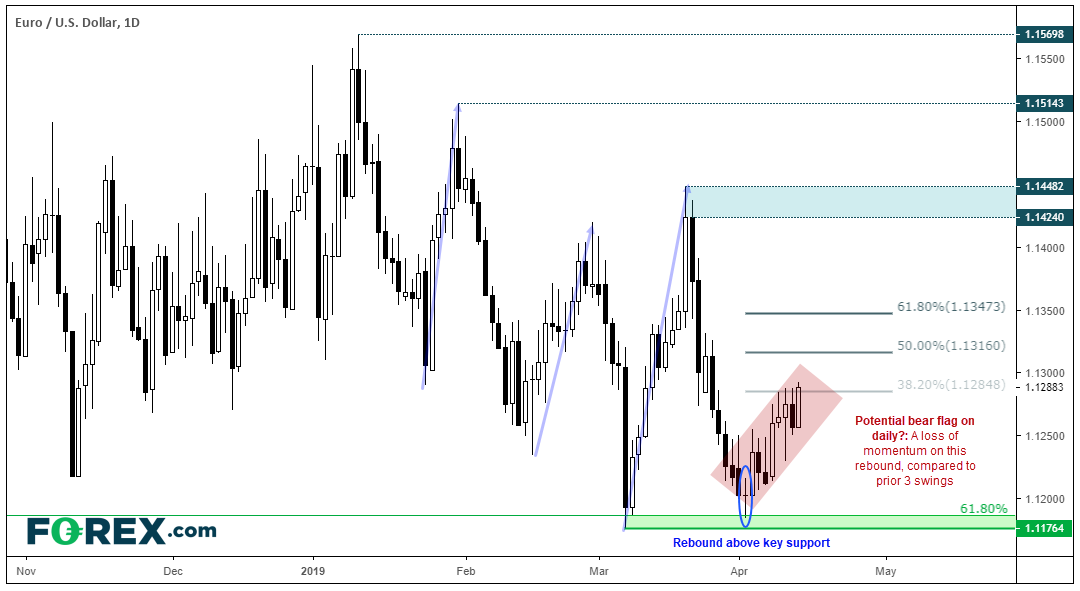 The daily chart continues to grind higher, but if bearish momentum is to sufficiently return, we can monitor its potential for a bear flag. With momentum bullish on intraday timeframes, this is on the backburner for now, but we’ll update accordingly if this starts to play out.