The euro continues to defy gravity. The single currency is up sharply against all of its major rivals, including the pound which took a beating despite stronger UK inflation figures released this morning. The EUR/USD has broken well past the 1.10 handle, to achieve its best level since early November. 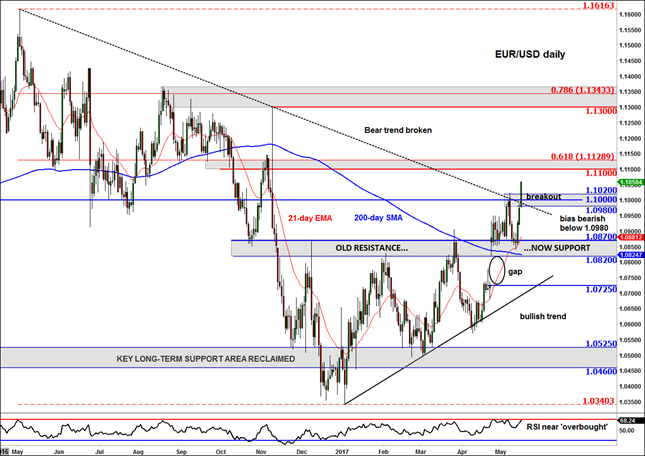