How About FAANG Stocks?

Profit-taking has been seen in tech shares following their recent strong run...

Facebook (FB) will release earnings on July 29 (Wednesday), while Amazon (AMZN), Apple (AAPL) and Alphabet (GOOG) will do so on July 30 (Thursday).

Technical analysis for FAANG stocks are given below.


On a Daily Chart, the Nasdaq 100 Index keeps trading within a Bullish Channel drawn from early April. 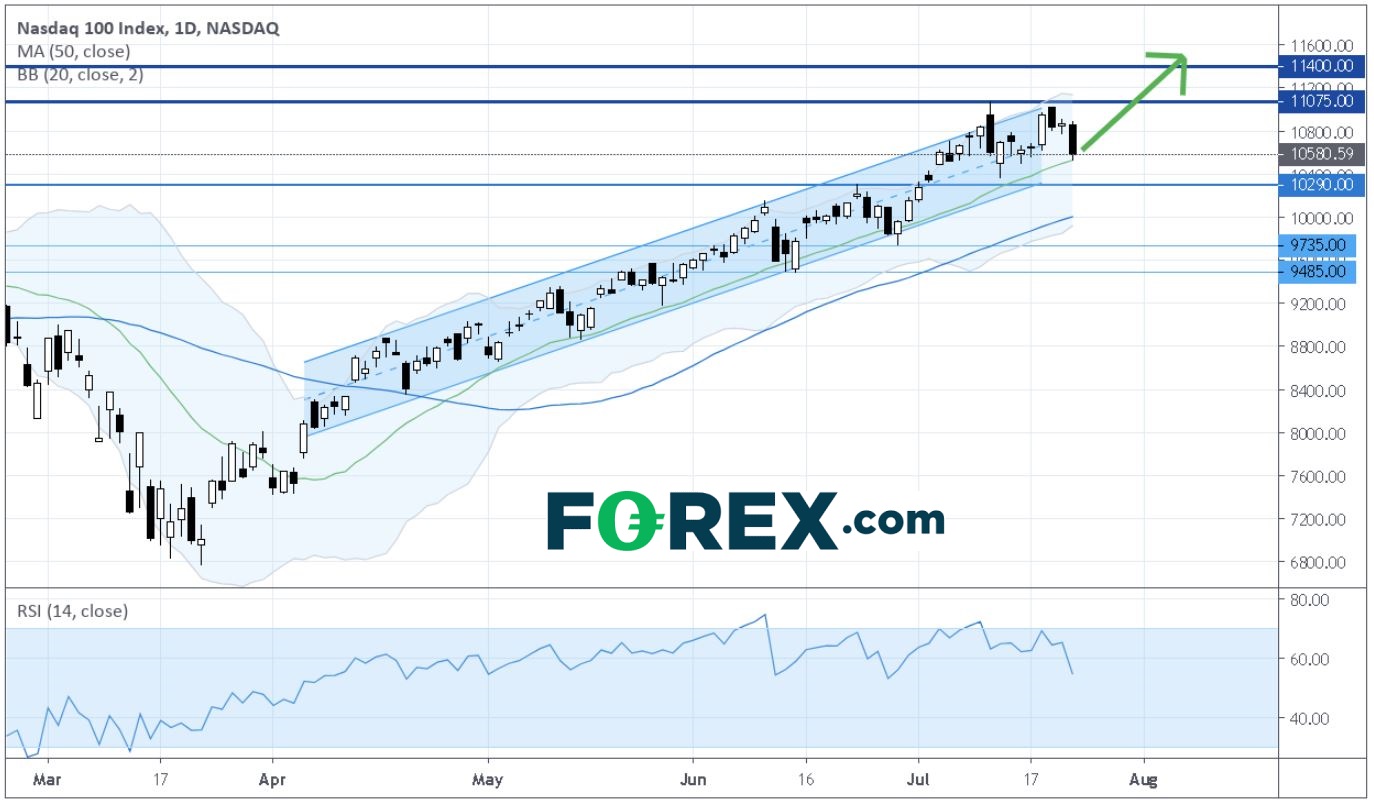 Bullish investors should take the level of 10290 as the Key Support.


Overhead resistance is expected at 11075.

However, caution is advised as the relative strength index has shown a Bearish Divergence. A break below 10290 would send the index down to 9735 (the intraday low of June 29).


Facebook (FB) has failed to re-established a Rising Trend Line.


The stock has returned to levels Below the 20-Day Moving Average.

And the Relative strength Index is badly directed in the 40s, suggesting a lack of upward momentum.

Only a return to the Key Resistance at $252.00 would bring about a bullish reversal.


Amazon (AMZN) is shaping up a Bearish "Double-Tops" Pattern.

It has sunk back to levels around the 20-Day Moving Average.

Apple (AAPL) is dropping down from a Bullish Channel drawn from April.

Unless the Key Resistance at $400.00 (around the intraday high of July 13) is surpassed, the short-term bias remains bearish.


The stock keeps trading on the downside after retreating from an intraday high of $575.40 seen on July 13.

Capped by the Key Resistance at $534.50, the stock has failed to post a sustainable rebound.


In case the Key Support at $1475 is not breached, the stock still stands chances of revisiting $1600 (around the upper Bollinger band) on the upside.