While it was up for debate before, there’s no denying it now: This is quantitative easing (QE) from the Federal Reserve...

After widely-panned announcements from Donald Trump and Christine Lagarde in the past 24 hours, market participants were on the lookout for some form of intervention from the Federal Reserve.

It (finally) came shortly after European markets closed for the day, when the New York Federal Reserve announced it would conduct a $500B 3-month repo operation and buy longer-term treasury bonds than just bills. While it was up for debate before, there’s no denying it now: This is quantitative easing (QE) from the Federal Reserve.

As skeptics have been at pains to point out over the last couple of weeks, fiscal policy is a far better tool for addressing the fallout from coronavirus, but with markets melting down and signs of stress in the financial system, the Fed has acted aggressively to ensure markets continue to function smoothly. It will do little to limit the spread of the virus per se, but the scale of the announcement is impressive, and according to the CME’s FedWatch tool, traders believe it will be followed by a 75bps-100bps interest rate cut next week (at the latest) down to near 0%: 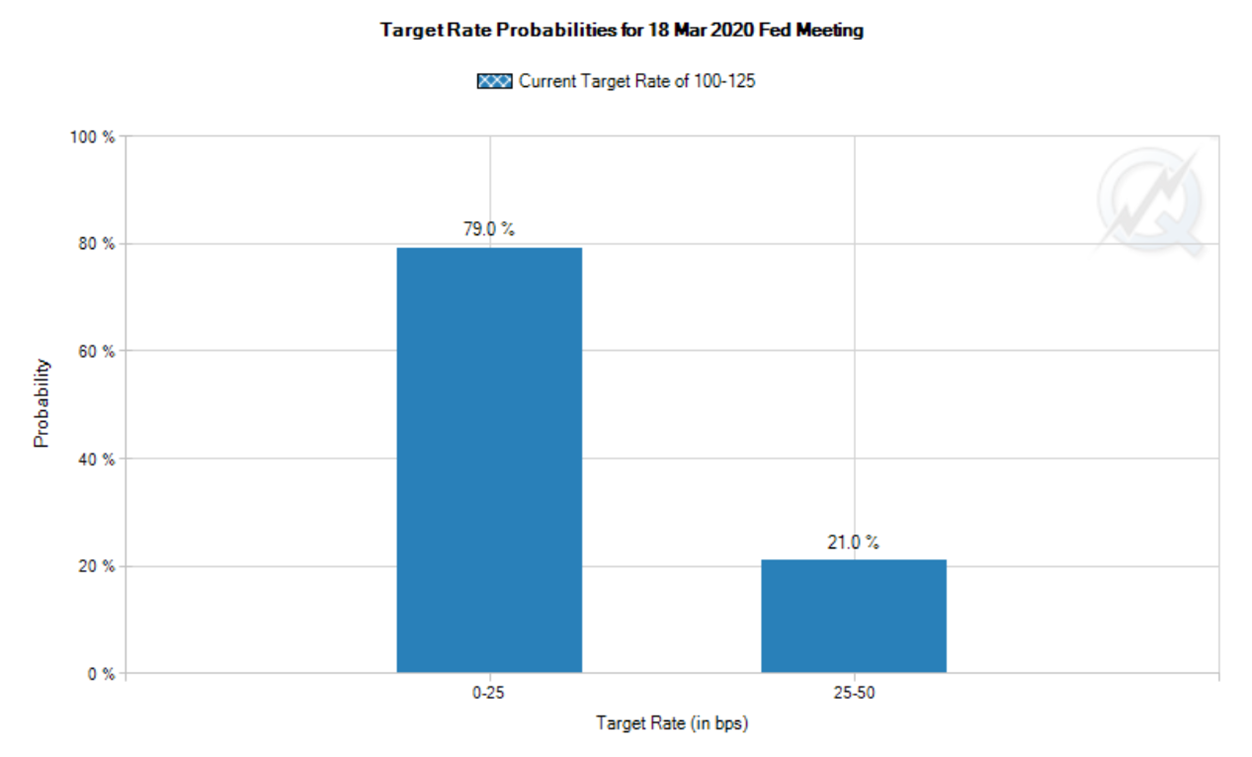 The market reaction has been immediate, with the Dow Jones Industrial Average immediately surging 1,500 points (7%) off the lows, while yields on the benchmark 10-year treasury have dropped a quick 12bps back to 0.69% as of writing, and the US Dollar Index shed a quick 1% from its intraday highs.

Speaking of the greenback, AUD/USD is a pair that FX traders are watching closely. From a fundamental perspective, the Australian economy would certainly suffer under a global recession, but the country has fewer infections than many of its regional counterparts (at least at the moment), and its close trading relationship with China could morph from an economic headwind to a tailwind coming out of a slowdown.

Technically speaking, the cross has collapsed more than 400 pips peak-to-trough this week to test its February 2009 low near 0.6250. At the same time, the pair is showing a potential quadruple bullish divergence with its daily RSI indicator, showing less and less selling pressure on each move lower and foreshadowing a possible bottom forming off support: 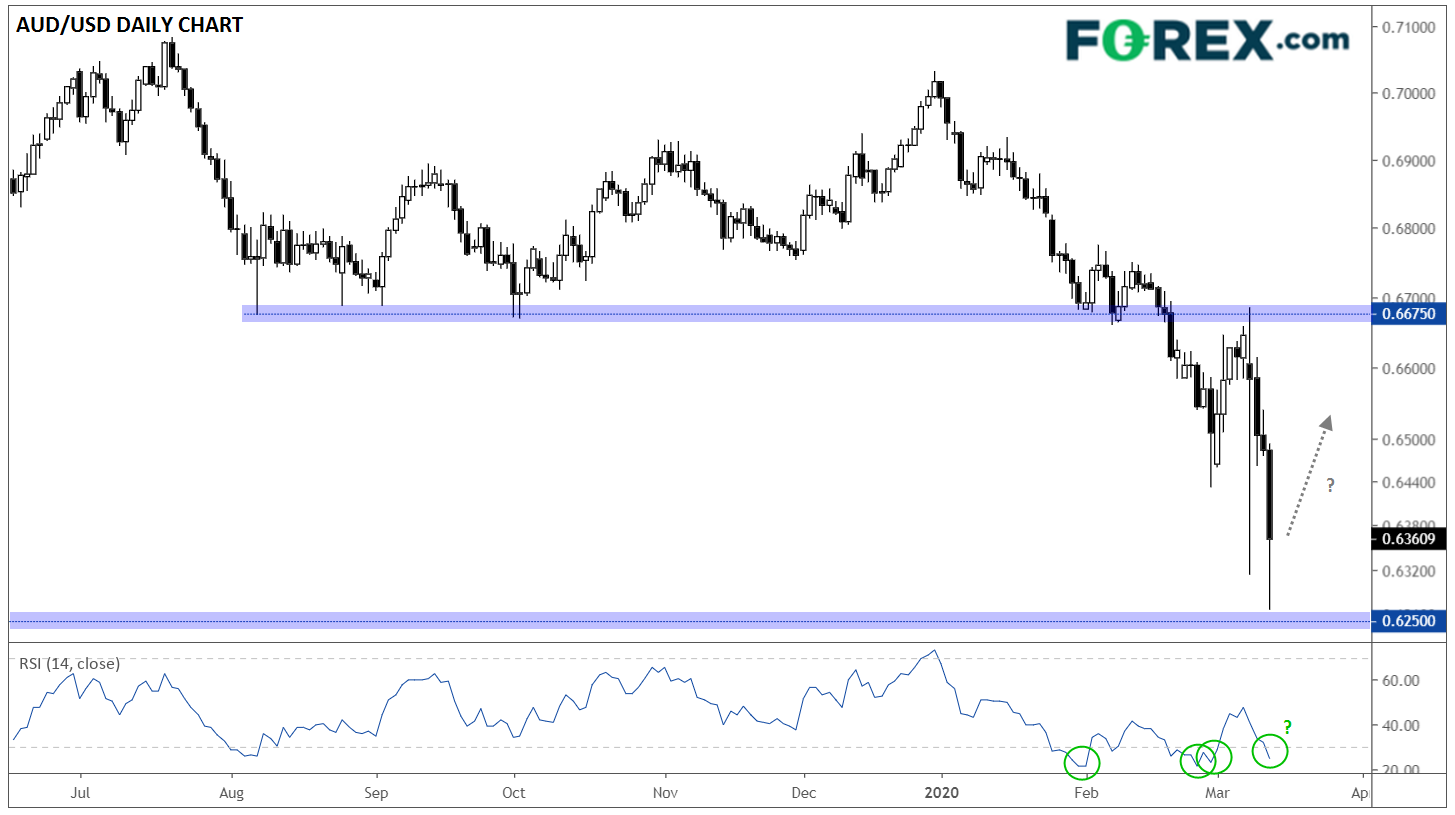 Many readers will be familiar with the trading advice to “never catch a falling knife,” but it may make sense for certain traders to bet against a strong bearish trend when the technical and fundamental factors align and proper risk management techniques (perhaps a stop loss below the 0.6250) are employed!