<p>As we noted in <a href="http://www.forex.com/post?SDN=b3b252f0-dbb2-4c57-b309-5e39161b2ad8&Pa=20db1fa6-e674-420c-9a87-2ee29261d638">yesterday’s full FOMC preview report</a>, the central bank hardly faced a decision today. After the Federal Reserve raised interest rates for the first time in nearly a decade last month, a pause to evaluate the impact of rising rates was inevitable, and the recent market turmoil was merely the icing on the cautious Fed cake. Indeed, today’s statement showed a notable, but hardly irreversible, shift toward the doves [<b>emphasis</b> mine]:</p> 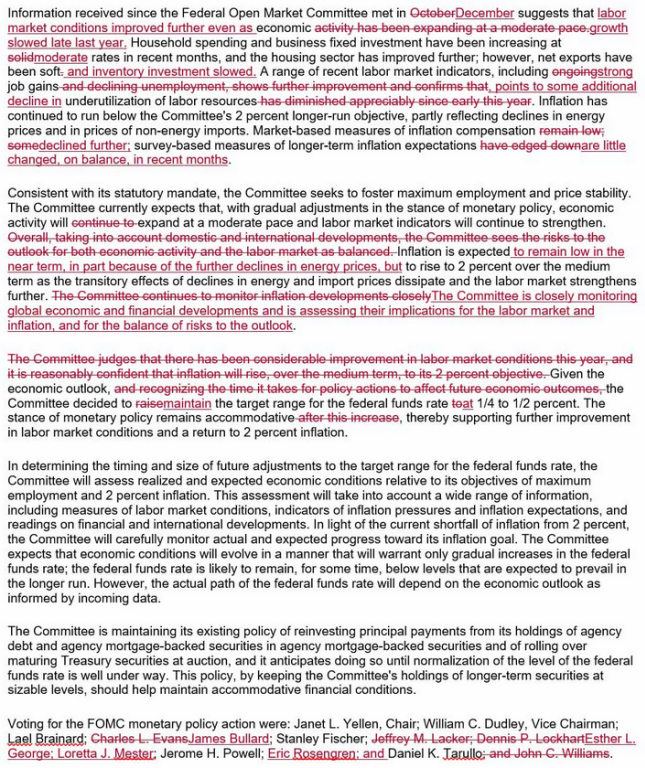