In yesterday’s FOMC preview report, we noted that we were unlikely to see any immediate changes to monetary policy, apart from a possible technical tweak to the central bank’s interest on excess reserves (IOER). As it turns out, that’s precisely what we saw…and not much else. 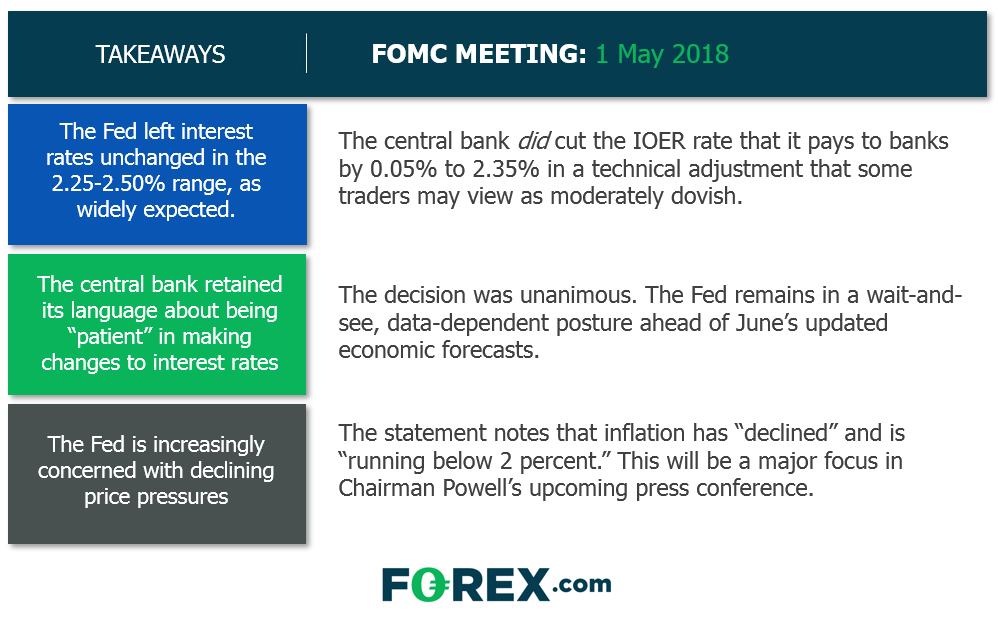