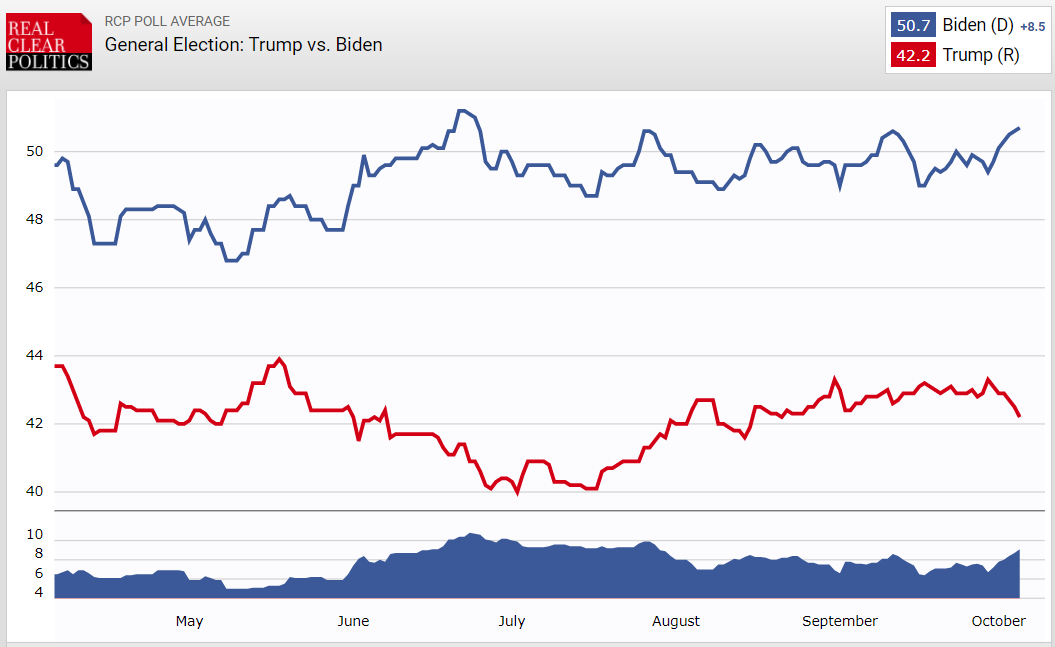 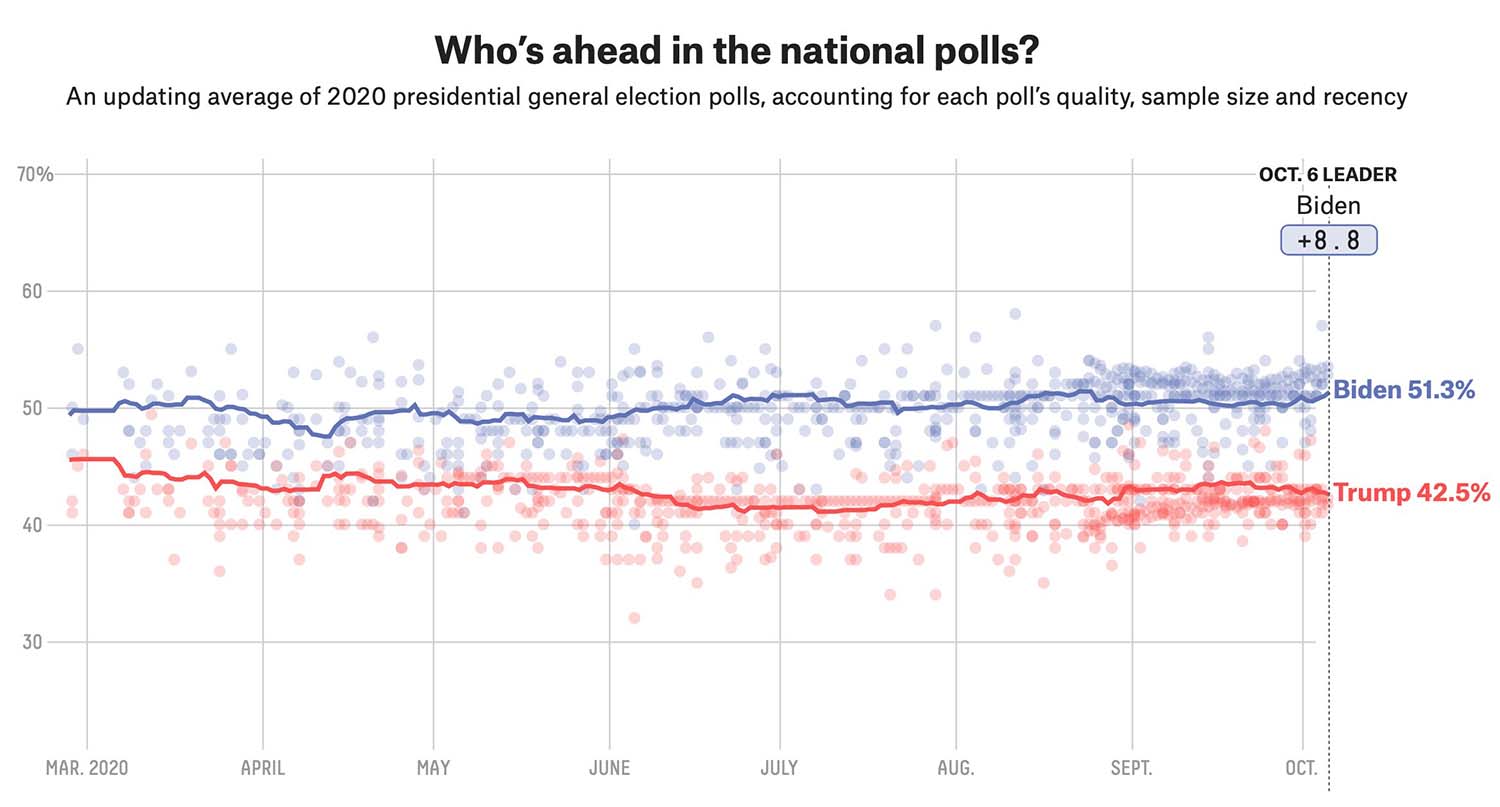 Finally, we wanted to check in our proprietary “Trump 30” and “Biden 30” thematic indices, which contain 30 stocks that may benefit the most depending on which candidate wins the election (please note that these indices may not be available to trade in all regions). Supporting the general theme of the article, the Biden index is dramatically outperforming the Trump index since mid-August, suggesting that traders are already shifting their allocations based on their expectations for the election.