The British will have to stay at home, will no longer be able to invite each other into their homes, and will only be able to see one person from another household at a time, for exercise or for a walk outside. All travel abroad will be prohibited, except for professional reasons.

Restaurants and pubs, as well as all non-essential businesses, which have already been severely affected by the first containment measure on March 23rd, will have to close their doors again - only take-away sales will be allowed to continue. On the other hand, nurseries, schools and universities will remain open this time, in addition to essential shops. The manufacturing, agricultural and construction sectors will also continue to operate.

The virus has already caused more than 46,500 deaths in the UK, a record in Europe, and has already infected more than one million people. In addition, the number of new daily cases of infection jumped by 47% last week compared to the previous seven days in England, to nearly 52,000, according to a report by the Office for National Statistics (ONS) released Friday.

From a chartist’s point of view, the FTSE 100 index fell below the lower end of a wedge pattern, calling for a further decline. The 20/50DMAs are descending and will play a resistance role around 5890. The daily RSI has broken below a rising trend support and is not oversold. As a consequence, as long as 5890 is resistance, readers may want to expect a continuation of the decline towards the next support zone between 5420 and 5200. A price pullback cannot be ruled out to the former trend line support which plays now a resistance role (polarity principle). Only a push above 5890 would reinstate a bullish bias and would call for a rise towards 6050 and 6340. 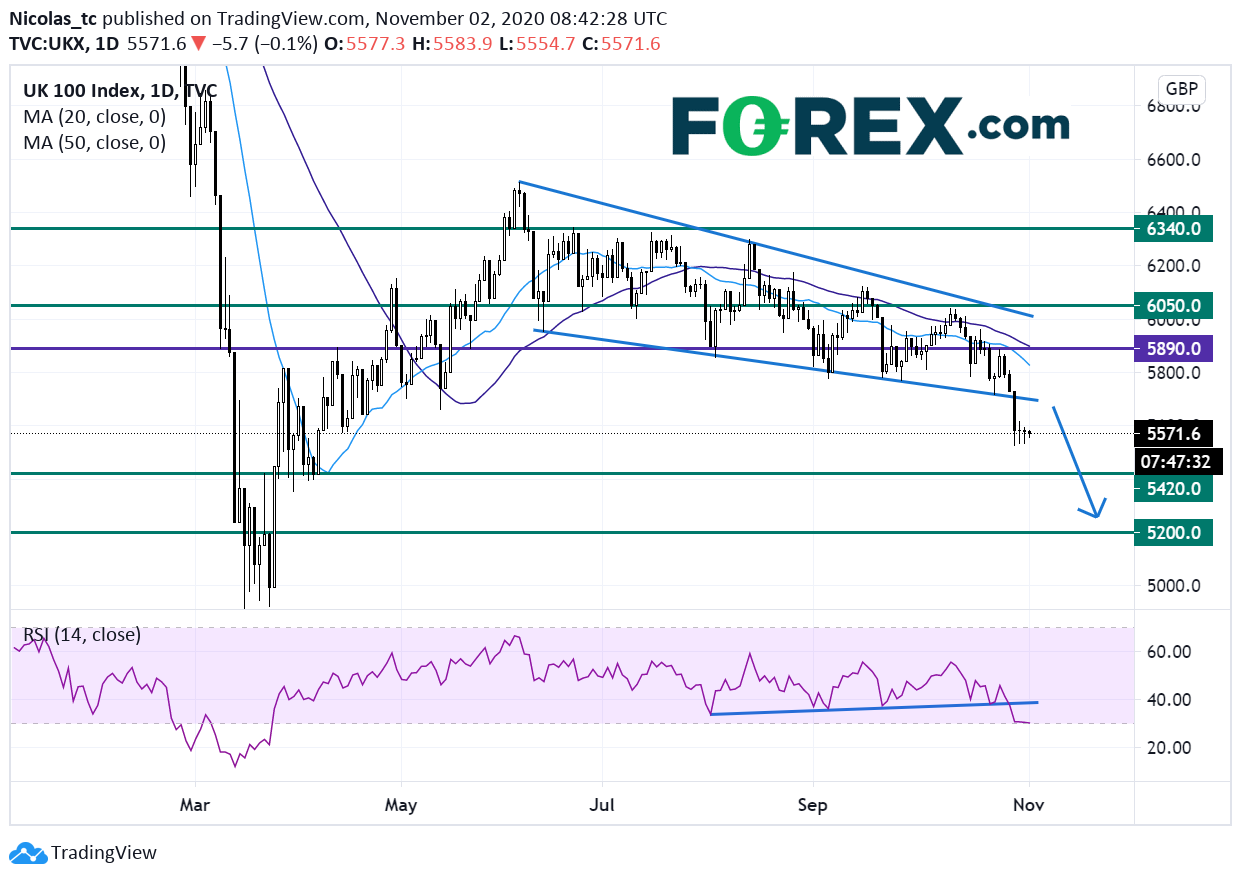