Given that a large proportion of profits for FTSE 100 companies is made in dollars, the recent strength of the pound has hurt the index.

The FTSE has lagged its European and US counterparts in recent days. Paradoxically, its underperformance has not much to do with Brexit-related uncertainty. Given that a large proportion of profits for FTSE 100 companies is made in dollars, the recent strength of the pound has hurt the index. But with the parliament now suspended for a few weeks, there won’t be much Brexit-related developments to impact sterling. So, the GBP may consolidate or pull back a little. Meanwhile, global stocks may continue to drift higher given that sentiment has turned positive recently with the US and China trade talks set to resume again next month. In addition, there is a possibility that the ECB may cut interest rates this week, which should help European stocks further.

Domestically, the economic situation is not as bad as many had feared – judging by the latest macro data. UK wages, for example, came in ahead of expectations this morning, following better-than-expected manufacturing, construction and GDP data a day earlier. At 4.0%, wages (including bonuses) grew in the three months to July at their strongest pace since mid-2008, rising from 3.7% the month before. The unemployment rate dropped to a record low of 3.8% from 3.9% previously.

If global stocks continue to push higher then the FTSE may start showing positive price action once again. The index needs to get back above 7240 resistance before the bulls regain control, though. If and when that happens, I think the next target for the bulls would be the area above 7330/5, the most recent high where sellers’ stops might be resting. Thereafter, the next level of resistance comes in at 7460.

But it is crucial that the bulls hold their ground around 7200, a level which was tested this morning. Here, we have support converging with the 200-day moving average, making it a key level. Thus, a potential close below here would be considered a bearish outcome. 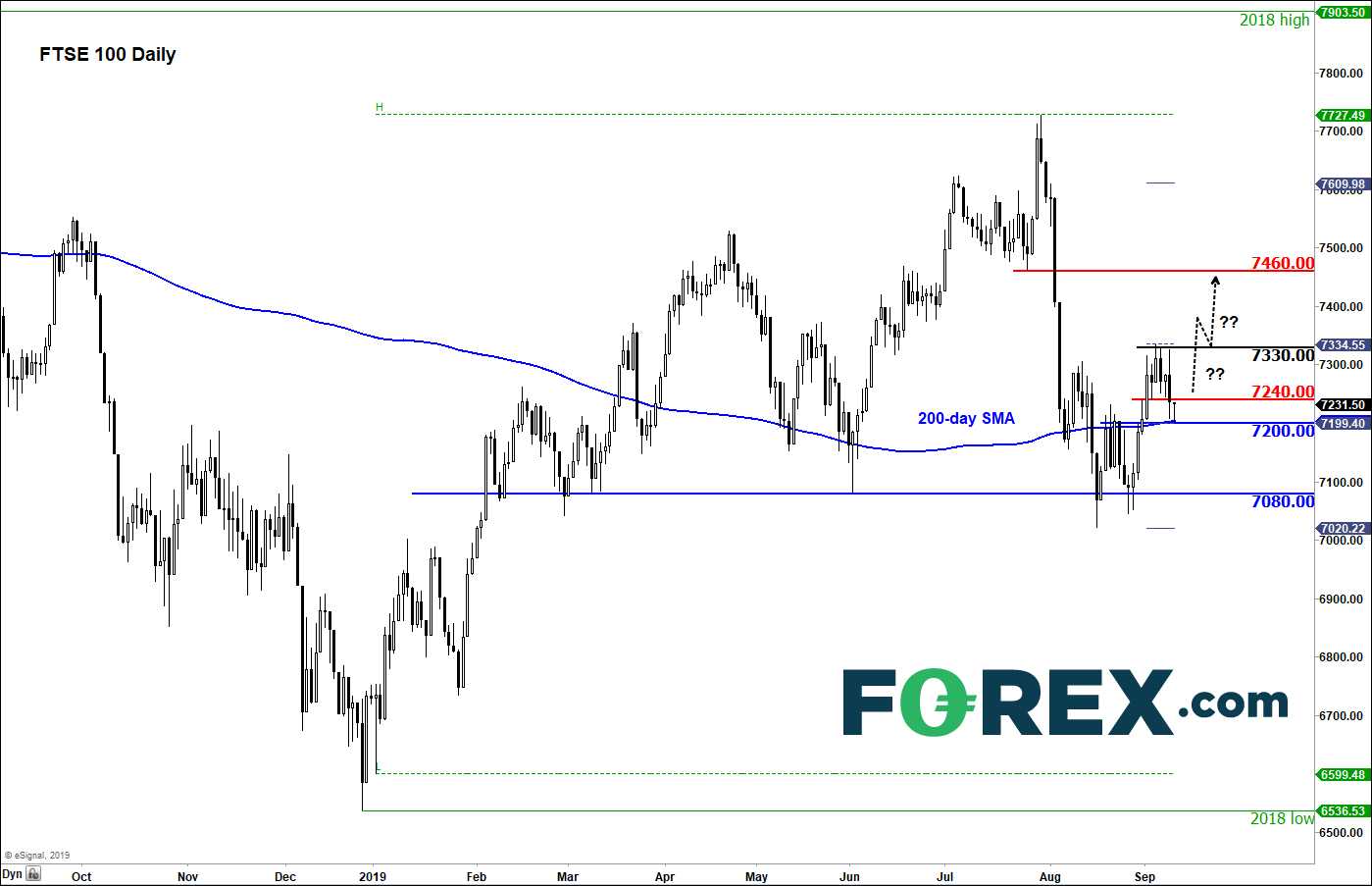