G7 Uneventful, Fed is all about Fireworks

In a shocking twist of events, the US Federal Reserve cut rates 50bps

Traders were hoping for some kind of global stimulus earlier today to help stem the global slowdown currently from the effects of the coronavirus.  Instead, all they got was a statement that said fiscal stimulus was ready if needed.  However, in a shocking twist of events, the US Federal Reserve cut rates 50bps in an emergency move to help promote growth in the economy.  In Powell’s press conference he said fundamentals remain strong, however the coronavirus and measures taken to contain it will take a toll on the economy.  As such, the Fed is doing their part in support of the economy.  He said the labor markets remain strong, however he also mentioned concerns about consumer spending. 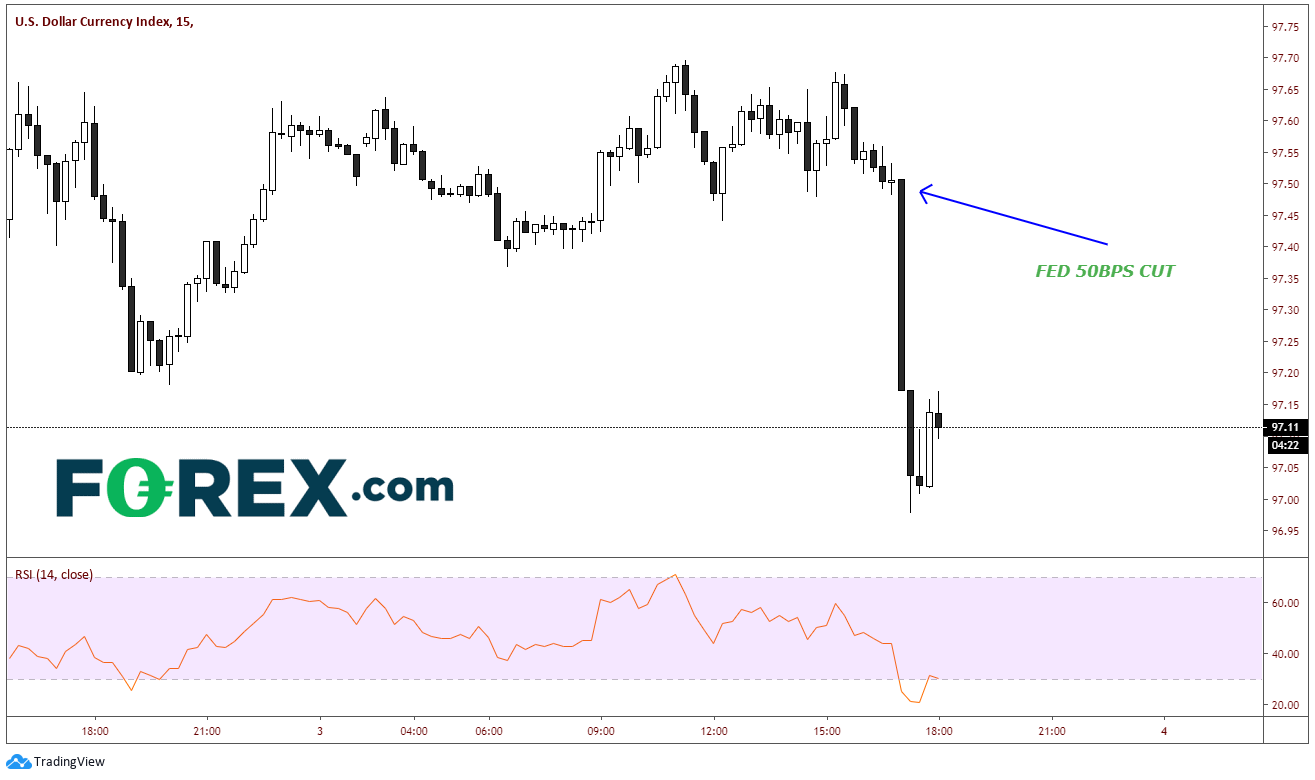 As a result, the DXY turned lower and many of their counter-currencies have gone bid. As we have seen since February 20th when DXY reached its target for the descending wedge near 100,  price has moved lower over the last 8 days to today’s low of 96.98.  The next important support level for the DXY is the top trendline of the falling wedge near 96.75.  Below that support is at the end of December lows near 96.36.  First resistance is at today’s highs near 97.70, then the 200 Day Moving Average at 97.82. 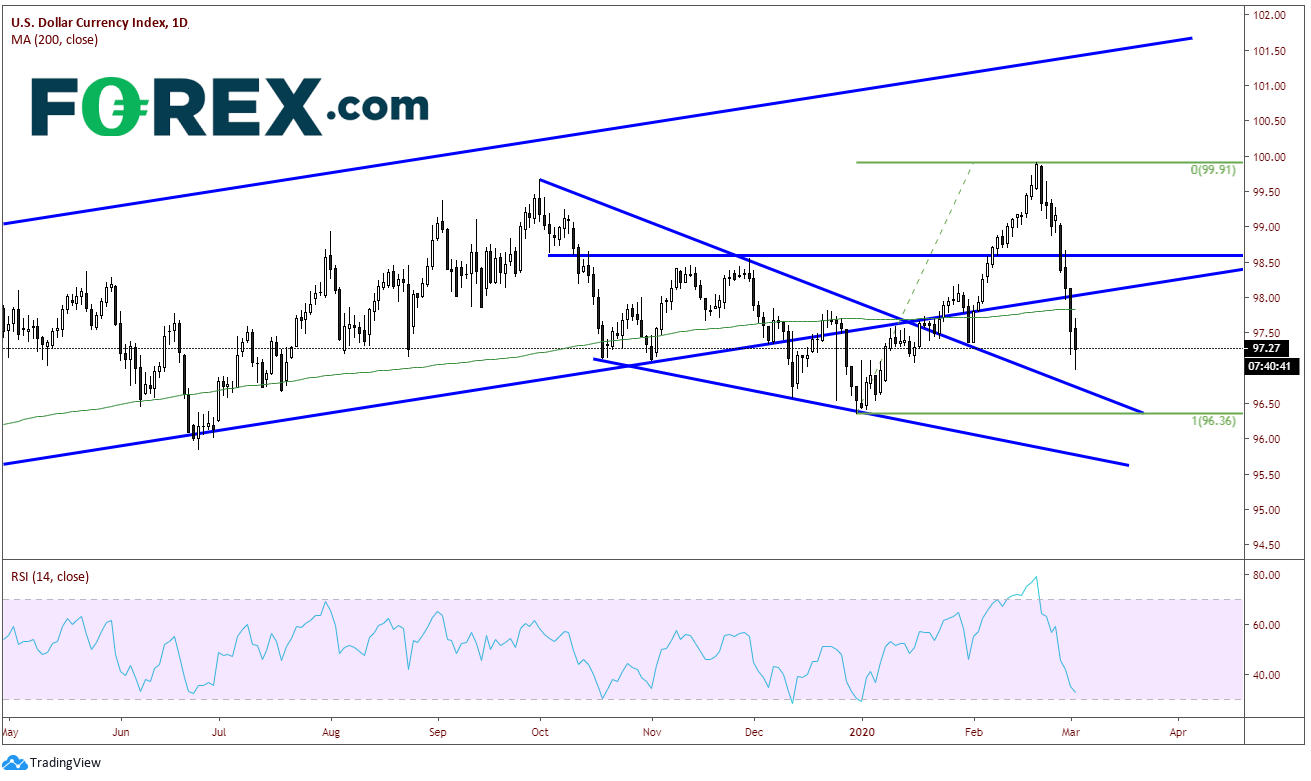 The one thing traders need to be aware of is that Powell also indicated that the Fed is in constant contact with other Central Banks.  One needs to watch for additional global stimulus from other Central Banks.  The RBA cut earlier at their scheduled meeting.  The BOC is scheduled to meet tomorrow.  Inter-meeting stimulus may follow from other countries to help their own economies during this “temporary” slowdown.  The situation is obviously very fluid as more information is available to governments.  Expect more volatility this week!