Gamestop Q4 earnings preview: Can the company pivot to digital?

Get our rundown of the key news to know ahead of Gamestop's highly-anticipated earnings report!

As my colleague Josh Warner noted earlier today, Gamestop (GME) remains the single most mentioned stock on the WallStreetBets subreddit, a proxy for retail trading interest. In addition to the stock’s “David vs. Goliath” storyline and day-to-day volatility, traders will also be keeping a close eye on the company’s Q4 earnings release later this week. Get our rundown of the key news to know below:

When are Gamestop earnings?

Tuesday, March 23 after the closing bell

Gamestop earnings: What to watch

Without putting too fine of a point on it, Gamestop completely missed the video game industry’s transition to digital sales and distribution, a catastrophic oversight that left the company on the brink of bankruptcy last year. While the stock’s massive short squeeze at the start of the year was entirely outside of the company’s control, management has catalyzed some changes that have boosted shares. Last month, Gamestop announced that it had brought on Matt Francis, a former engineering leader from Amazon Web Services, as its first-ever Chief Technology Officer. Later in February, the company announced its Chief Financial Officer Jim Bell would be resigning, another development that helped boost the stock.

While actual fundamental operating developments are still playing second fiddle to speculative interest in the stock, the biggest factor to watch in this quarter’s earnings report will be the company’s vision for transitioning into a more digitally-focused retailer in the coming quarters.

Turning our attention to the chart, the stock is in the midst of a secondary surge after dropping more than 90% through the month of February. If traders are unimpressed by tomorrow’s earnings report, or risk appetite in the stock dries up for any reason, a break below previous support at $175 could hint at a deeper selloff into the lower $100s in the coming days. Meanwhile, a bullish break above the 1-week high near $225 would be the first sign that bulls may try to push the stock back toward the March highs above $300 next. 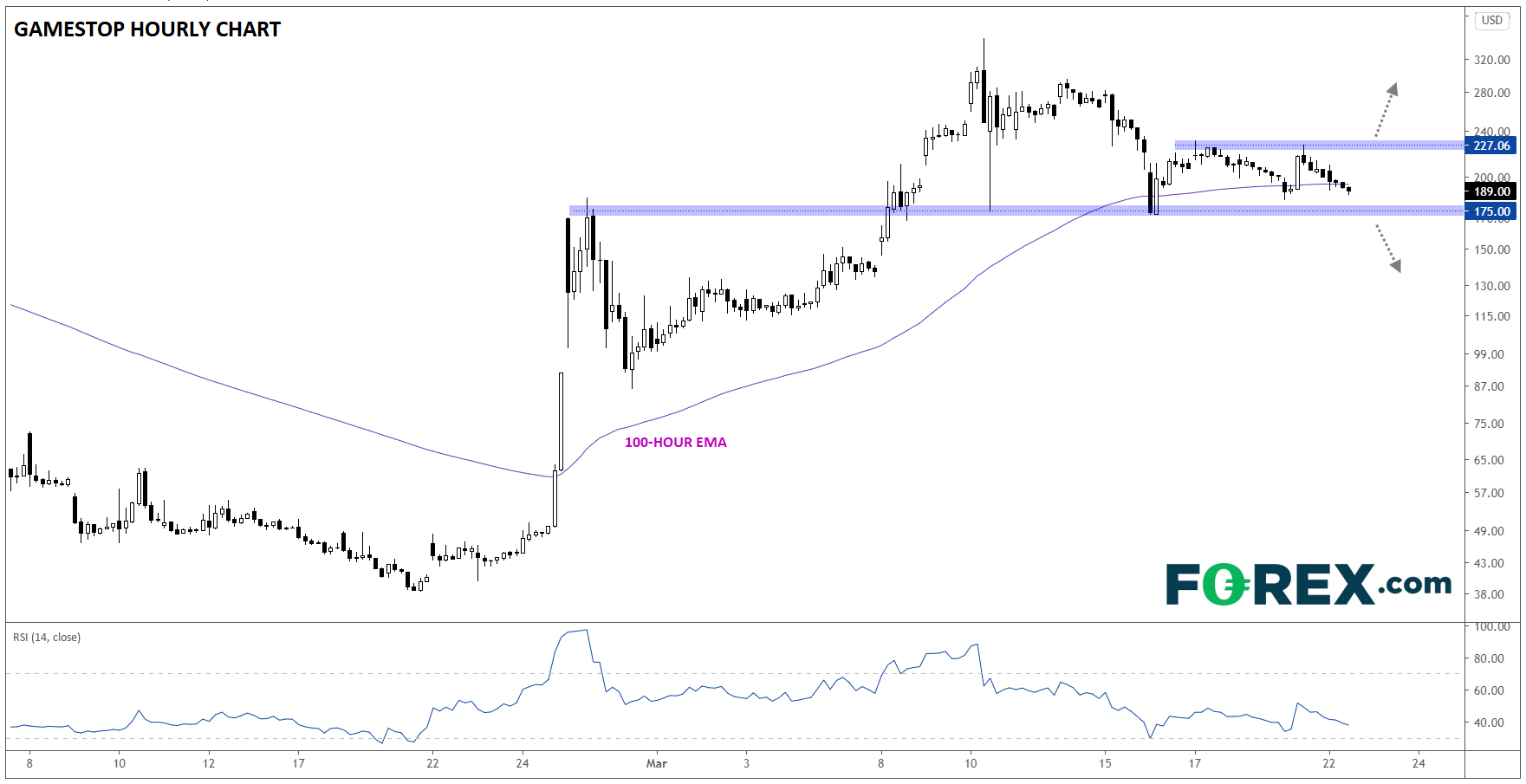