Boris Johnson set the new deadline for to a trade deal to be done on Sunday night.

Earlier in the week, we discussed how Brexit headlines would cause volatility in GBP pairs.  As it turns out, the last 2 days were full of volatility for GBP pairs.

Yesterday, UK Prime Minister Boris Johnson and EC President Ursula von der Leyen met in Brussels for dinner, as well as, to discuss Brexit.  The outcome was not hopeful.  Boris Johnson said it is “very, very likely” that there will be a no-deal Brexit.  Talks are deadlocked.  However, talks will continue through the weekend, which means there is still a chance that something will be done….perhaps a skinny Brexit deal?  Watch for large gaps in GBP pairs on Monday!

GBP/USD has not lost hope yet!  The pair has been trading in an upward sloping channel and formed a shooting star candlestick in December 4th at previous resistance near 1.3500 as it became less and less likely a Brexit deal would get done.  GBP/USD began pulling back and today tested the bottom, upward sloping channel of the trendline, as well as the 50% retracement level from the September 23rd lows to the December 4th highs.  The pair has now sold off nearly 400 pips in 6 trading sessions.   Support  is near todays lows at 1.3134 and then 1.3109.  If price gaps open lower on Monday,  longer term horizontal support is at 1.2670.   If GBP/USD is bid on Monday morning,  resistance is at the December 4th highs near 1.3541 and then the March 1st, 2018 lows just above 1.3700. 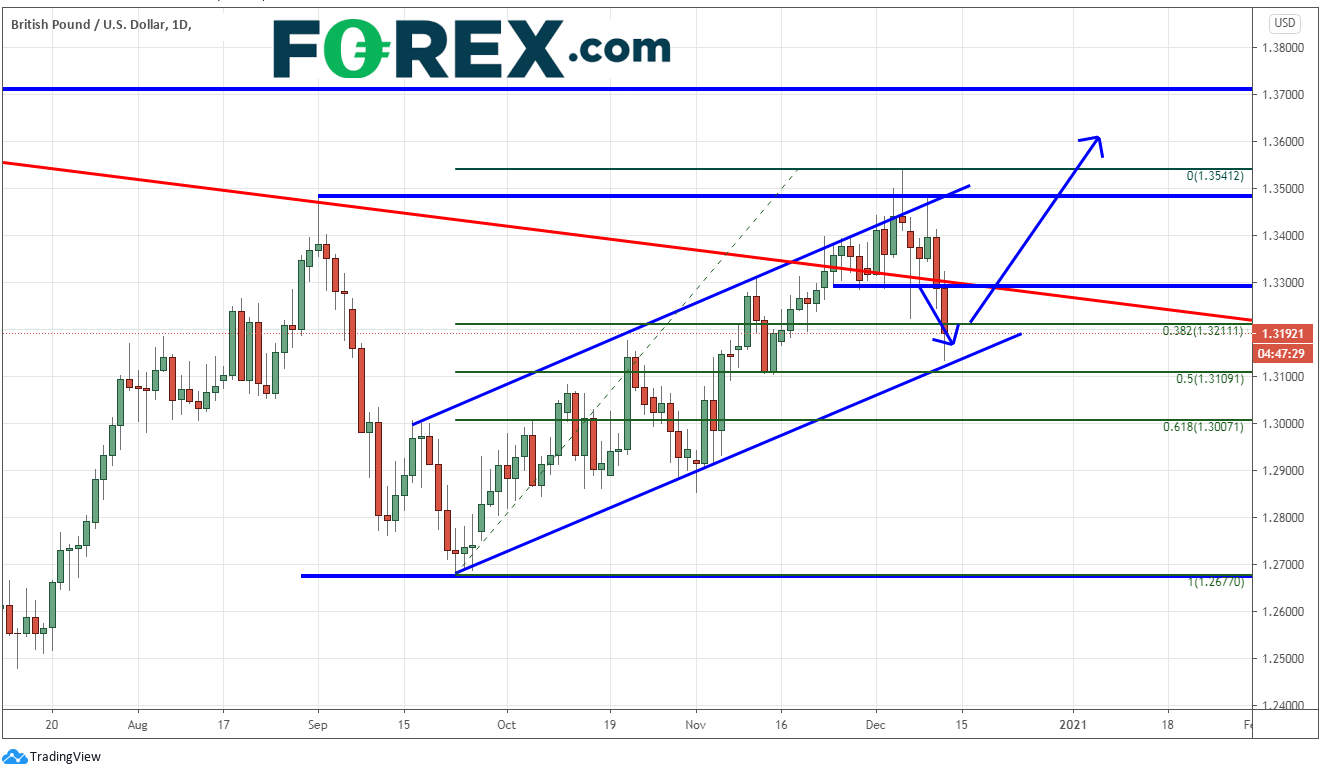 EUR/GBP has been shot out of a rocket!  The pair has been forming a symmetrical triangle since mid-March, and more recently, had been trading in a downward sloping channel, within the triangle, to the 61.8% Fibonacci retracement level from the March 19th highs to the April 30th lows.   EUR/GBP posted a false breakdown below  the triangle and traded back into it on December 2nd, while also breaking out of the top of the downward sloping channel near 0.9000.  Today, the pair moved broke out of the top of the triangle near 0.9200.   If the GBP is lower on the Monday open, resistance above in EUR/GBP is at the December 11th highs near .9293.  The March 19th highs are near 0.9500.  If GBP is stronger on the Monday open, there is strong horizontal support near 0.8875.  Below there are the April 30th lows near 0.8670. 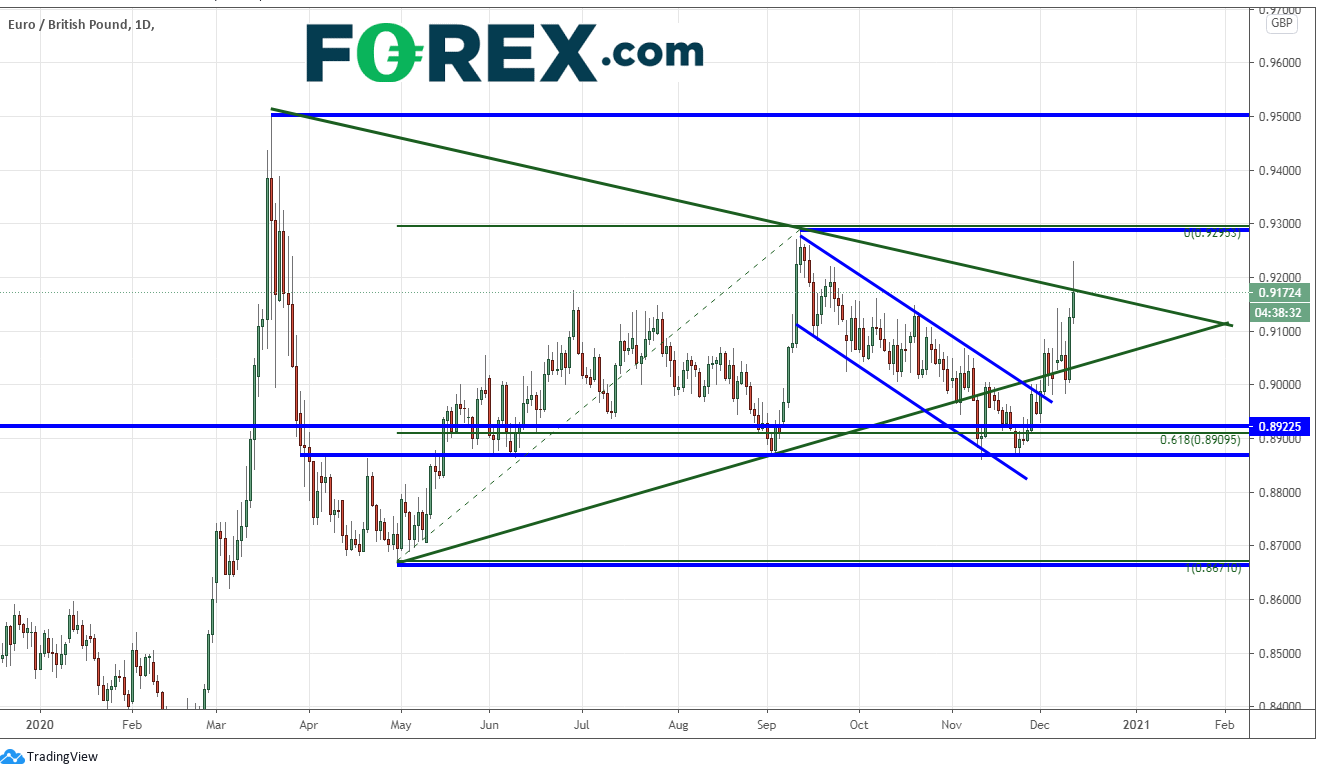 Boris Johnson set the new deadline for to a trade deal to be done on Sunday night.  If there is no deal, watch for GBP pairs to gap lower on the reopen after the weekend.  If there is a deal, or at least a deal in principle, watch for the Pound to gap open higher on the reopen.  Traders should make sure to use proper risk/reward over the weekend if trading GBP pairs.