The British pound remains strong even if Brexit negotiations between the U.K. and the E.U. don’t show any progress.

The British pound remains strong even if Brexit negotiations between the U.K. and the E.U. don’t show any progress as the end of the year is looming. Moreover, Scotland’s PM Sturgeon has declared that she wants to hold a second Scottish Independence Referendum as soon as next year.

From a technical point of view, on a daily chart, GBP/USD is challenging the upper boundary of a bullish channel and remains supported by its rising 50-day moving average (in blue). Readers may therefore consider the potential for further advance above horizontal support at 1.3000. The nearest resistance would be set at September top at 1.3480 and a second one would be set at previous overlap at 1.3710 in extension. 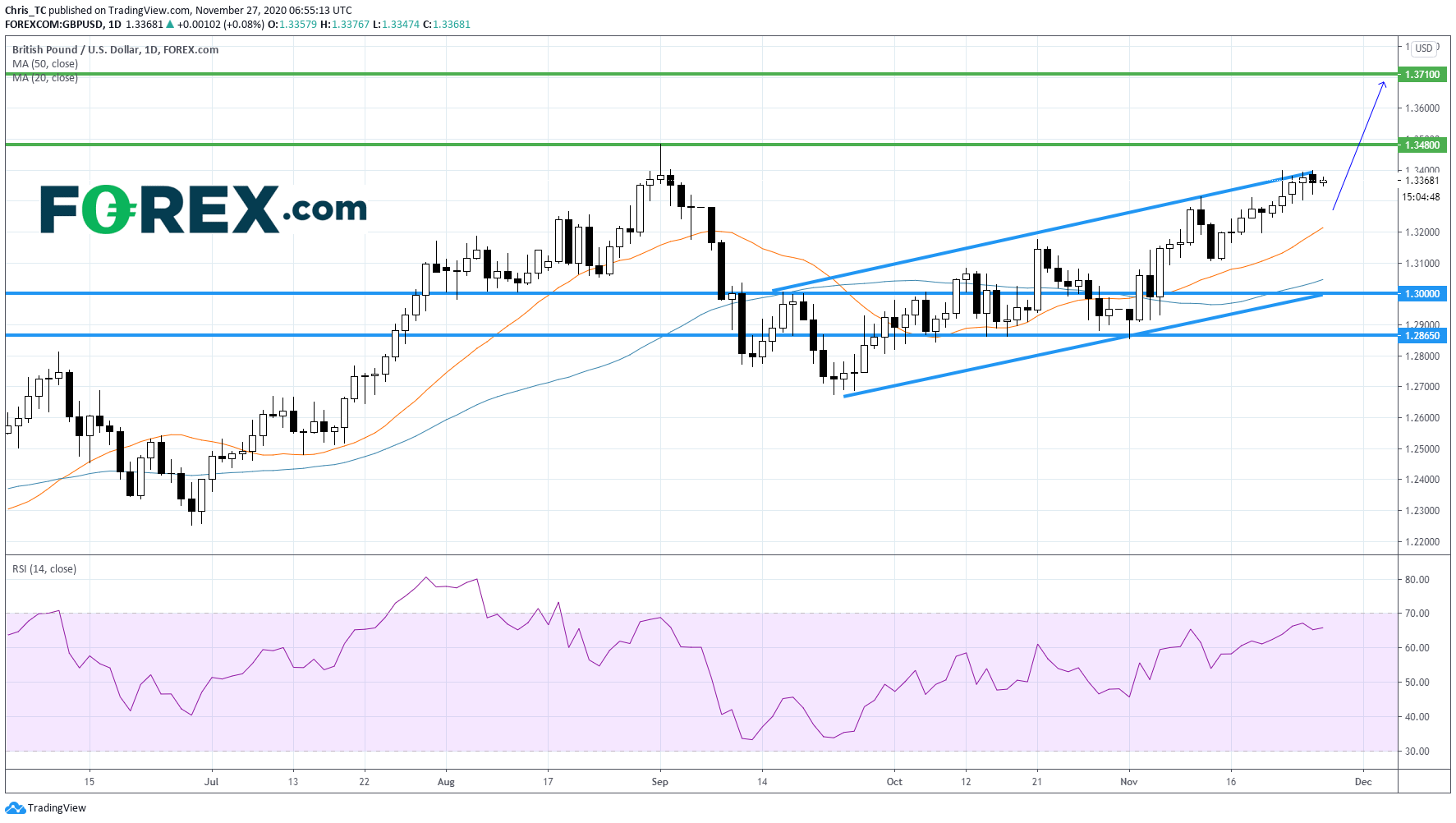