<p>The much-anticipated EU referendum day did not disappoint those looking for volatility as the pound and stocks soared higher first thing this morning before dropping equally sharply in the afternoon. As we go to press, the markets have rebounded once again but remain on the edge as traders await the outcome of the vote in the early hours of Friday. As we reported earlier, it looks like the bookies and the markets are convinced that the outcome of the vote will be a clear win for remain. Either that or they have got it completely wrong, because the latest official polls are still very tight.</p> 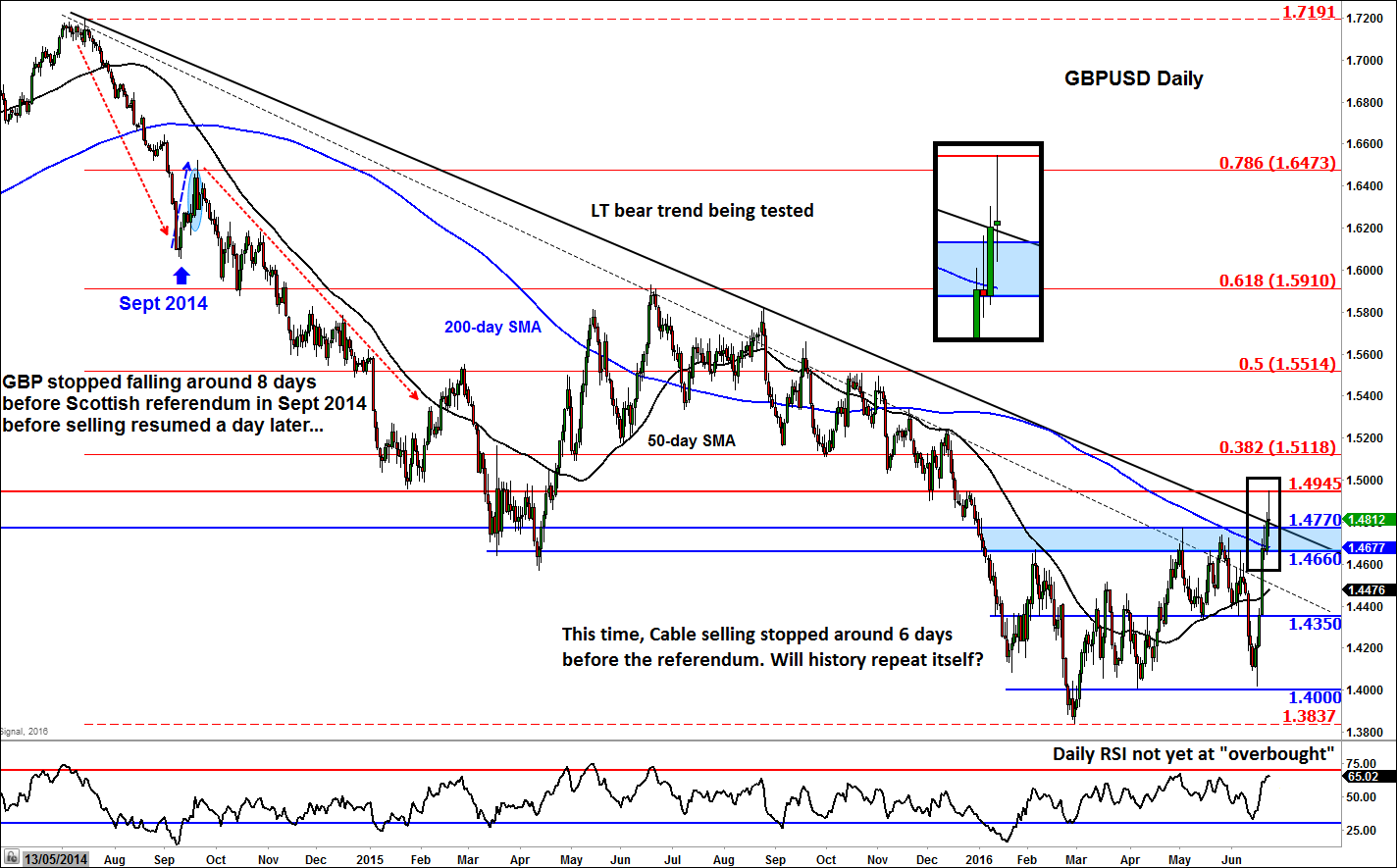