GBP/USD in the aftermath of Article 50

As we have also mentioned, the fact that Brexit has been triggered without any significantly negative market impact does not necessarily mean that the UK’s currency will now enjoy smooth sailing going forward. The next critical step begins the potentially painful process of trade negotiations between the UK and EU, where a host of complications may likely present themselves. The renegotiation of trade agreements between the now-separate entities will be a monumental task that may well be rife with considerable pitfalls for the pound.

Also contributing to the uncertainty for GBP/USD has been the direction of the US dollar. Only this week has the dollar begun to rebound in any appreciable way after spending much of March in a sharp decline. The question now is whether the dollar will continue to recover. Recent Fed comments and economic data indicate that it might just do that. Fed officials have once again opened the argument for four rate hikes this year rather than the three that were reiterated during the March FOMC meeting. Additionally, consumer confidence for March far exceeded expectations at 125.6, signaling the highest confidence in 17 years. Finally, Thursday saw the US final GDP reading for Q4 at an annualized 2.1% – better than both the 2.0% expected as well as the previous reading of 1.9%. If next week’s manufacturing and non-manufacturing PMI data along with the critical US jobs report continue to bring positive news, the dollar could get a further boost.

In view of GBP/USD, the pound is currently in limbo not far off from historic lows and at the potential mercy of Brexit negotiation risks going forward. Meanwhile, prospects for the dollar are starting to look up again, as the Fed seems to be shifting slightly more to the hawkish side and US economic data continues to support higher interest rates. In this environment, the downside potential for GBP/USD should not be overlooked.

Currently, the currency pair remains under its key 200-day moving average. If it manages to remain under this resistance, the outlook for GBP/USD could become significantly bearish going forward. In this event, the longer-term downside target remains around the major 1.2000 support level – which is around the pair’s multi-decade lows and the bottom of the trading range that has been in place for the past six months. 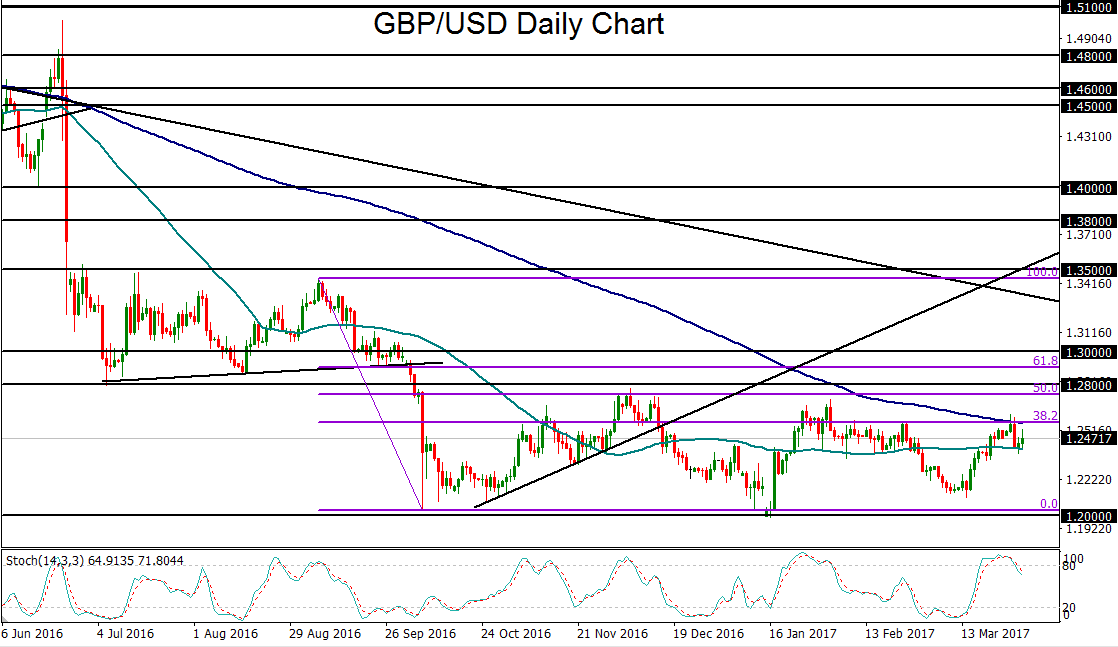