GBPUSD could stage surprise recovery with Brexit and CPI in focus

The pound has started the new week how it ended the last one: lower. It fell below the $1.34 handle for the first time since December earlier this morning before bouncing back slightly ahead of Brexit talks and publication of UK inflation data later in the week. 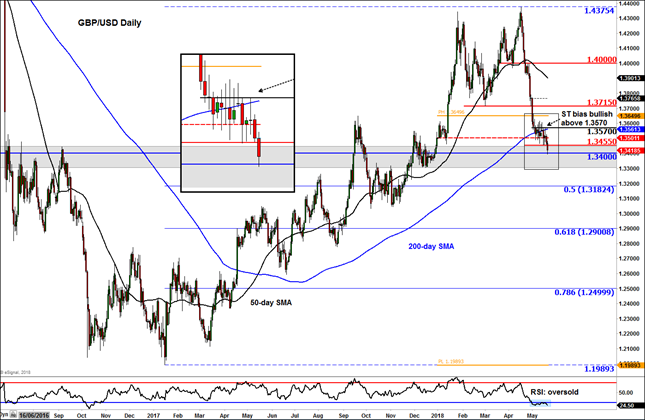