…But the US dollar’s sudden weakness may cause the cable to rise anyway.

…But the US dollar’s sudden weakness may cause the cable to rise anyway.

The GBP/USD barely reacted to Boris Johnson when he delivered his new Brexit proposals earlier. Everything the UK Prime Minister said had already been reported in the media. He proposes to ditch Thresa May’s contentious “backstop” arrangement for the Irish border and intends to replace it with a regulatory border in the Irish Sea. This would effectively split Northern Ireland from the rest of the UK, as the former would stay in the European single market for goods but leave the customs union. A plan designed to fail and provide no serious proposals, said the opposition parties in the house. Under the new proposal, they argued, why can Northern Ireland stay in the single market and not Scotland? It seems very likely that the deal will be rejected by parliament as there isn’t enough support from hard-line Eurosceptics. So, the PM will be forced to seek an extension to Brexit, even though he has threatened to break the law and force a no-deal exit. Time is ticking. The uncertainty continues.

The GBP/USD’s price action is mirroring the political uncertainty hanging over the markets. Over the past four days (today included), the cable has displayed as many doji candles on the daily chart. These candles are formed when the opening and closing prices are roughly equal, with wicks in either direction – suggesting that neither the bulls nor the bears are in full control of price action. The current indecisiveness suggests a sizeable move is upon us once either the bulls or bears are defeated. Overall, I am leaning slightly towards the bullish side given the reaction of the US dollar this week. So, I would not be surprised if the cable were to rise from here and stage a short squeeze rally – despite the ongoing Brexit uncertainty. 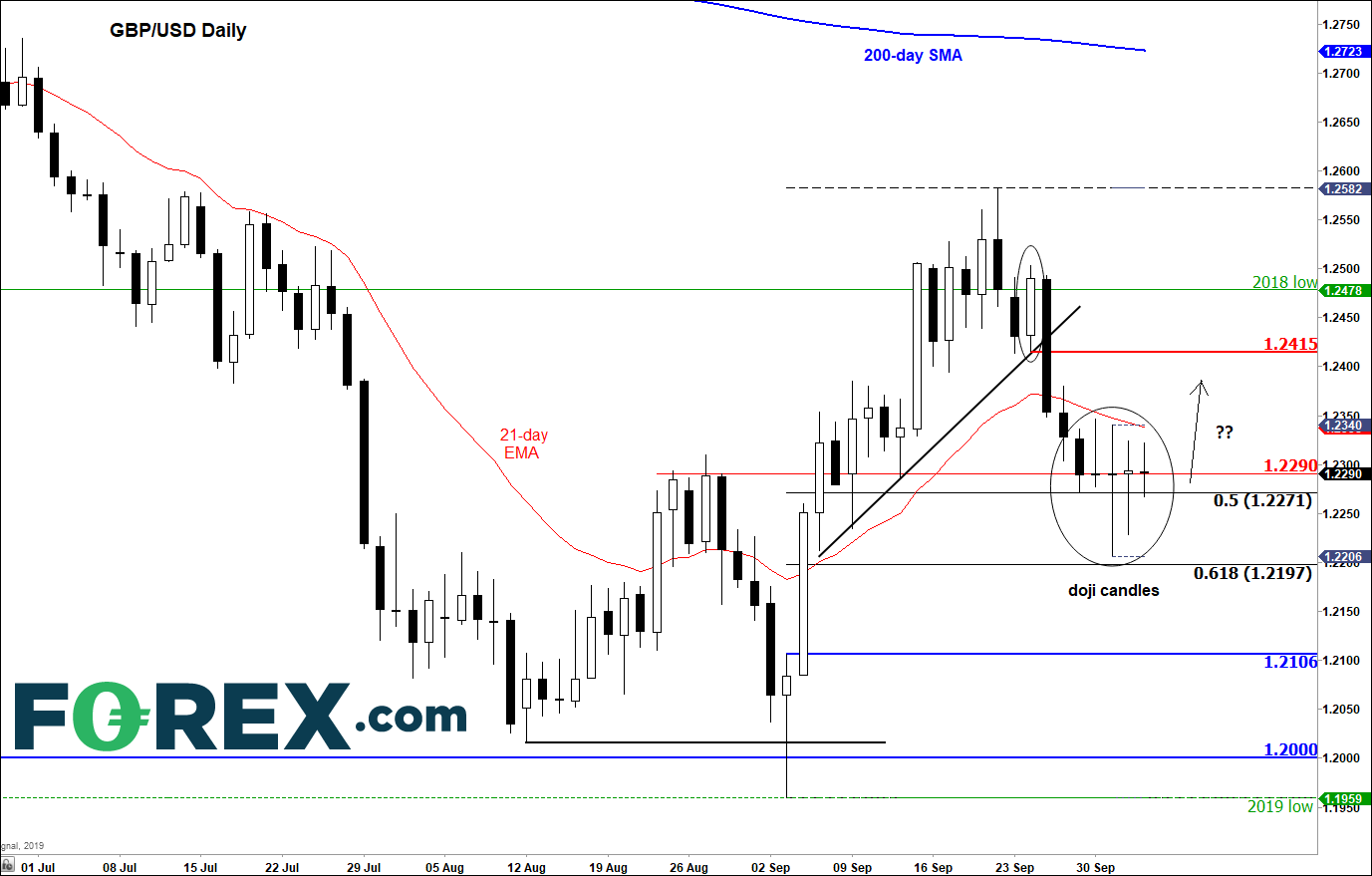