The pound has been sold against almost all major currencies over the past couple of days, including the dollar, thanks to the release of notably softer-than-expected UK data. 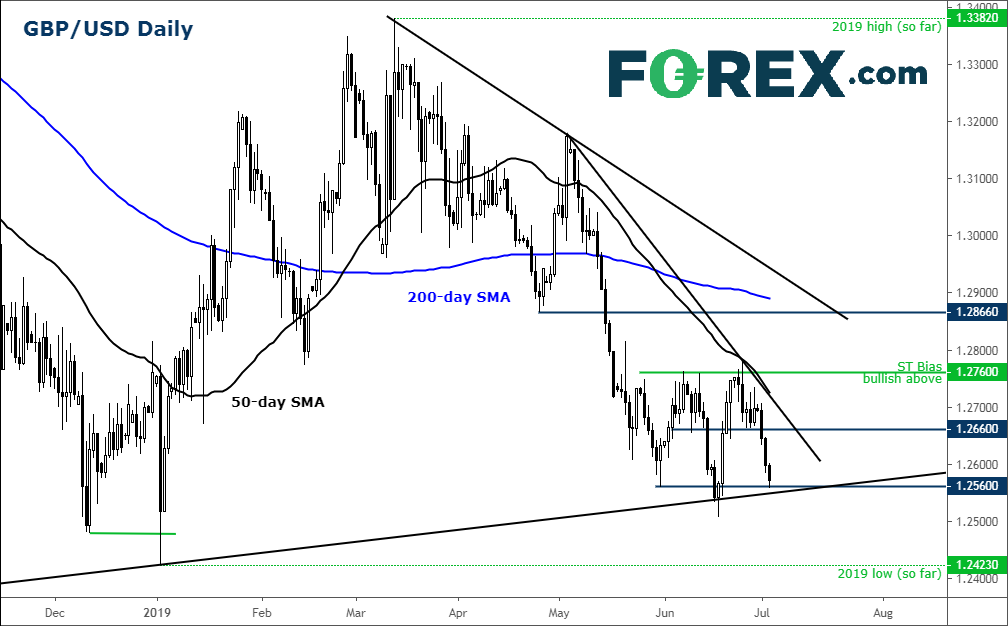