The GBP/USD ended higher last week on the back of surprisingly stronger-than-expected UK economic data and as the dollar eased along with expectations about an imminent rate hike in the US. But the Cable did sell off heavily on Friday, which took some shine off the week’s rally. 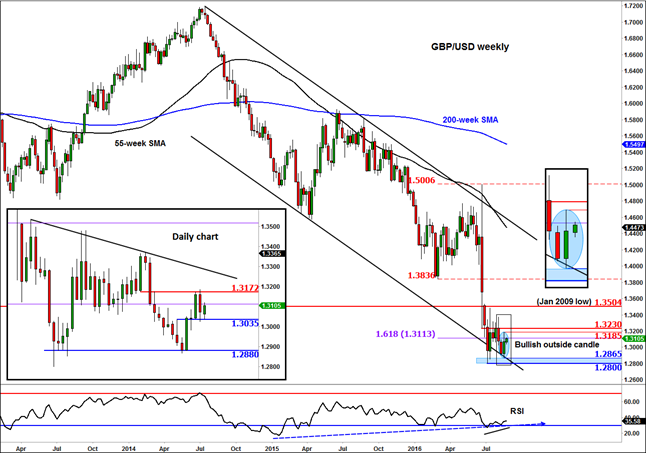