Gold at a critical juncture ahead of key risk events

All of these factors will come into play in upcoming days and weeks, as several central banks, including the US Federal Reserve, gear up to meet and set policy decisions that will likely have ramifications across financial markets. When these decisions are coupled with the fact that companies are in the midst of earnings season and the US presidential election is just around the corner, gold could have plenty of room to move on the immediate horizon.

With expectations continuing to build for a Federal Reserve rate hike in December, gold prices have been pressured well off this year’s July highs around $1375. The market-viewed expectations for a December rate hike are running increasingly higher, currently just short of 80%. As a non-interest-bearing asset, gold’s appeal decreases in rising interest rate environments. This effect is even more pronounced when the US dollar is strong, as dollar-denominated gold generally has an inverse correlation with the greenback.

After the noted early-October plunge, which occurred after price had already broken down below the prior rising trend channel, gold quickly settled in a trading range just above key support at $1250. Although it has risen off that major support area since then and has rallied sharply as of Tuesday, the short-term downside risks continue to be present. This is especially the case due to the very high expectations for an impending rise in US interest rates, the consistent strength of the US dollar, as well as diminishing risks of a Trump victory in the November presidential election.

The downside level to watch in the event of such pressure on gold prices continues to be at the noted $1250 support level. Any strong breakdown below $1250 could signal a significant short-term decline towards a major downside target at $1200. 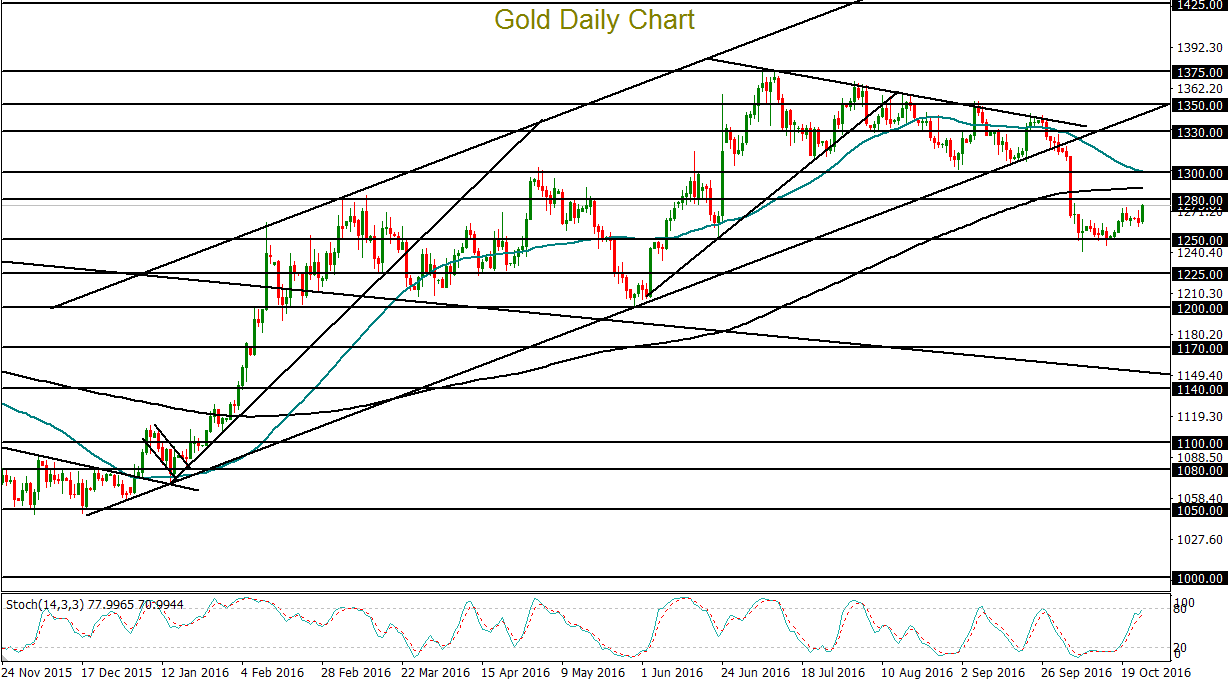