Gold has managed to hold onto a significant chunk of its gains made yesterday despite the US trading conciliatory messages with North Korea again, something which has boosted the global stock markets and the US dollar. 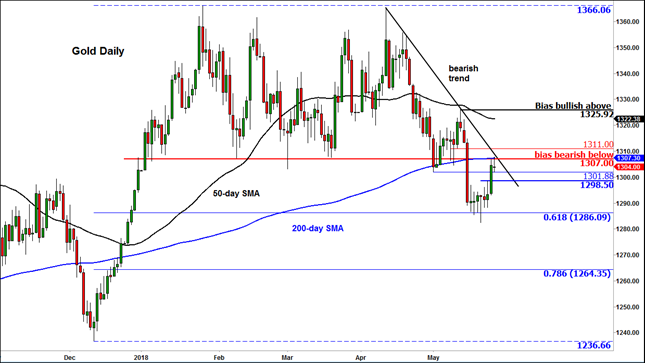