Markets are a little calmer today, with stocks on the rebound and safe haven assets retreating. Gold, which failed find any meaningful support from the escalation in US-China trade spat, was lower again. 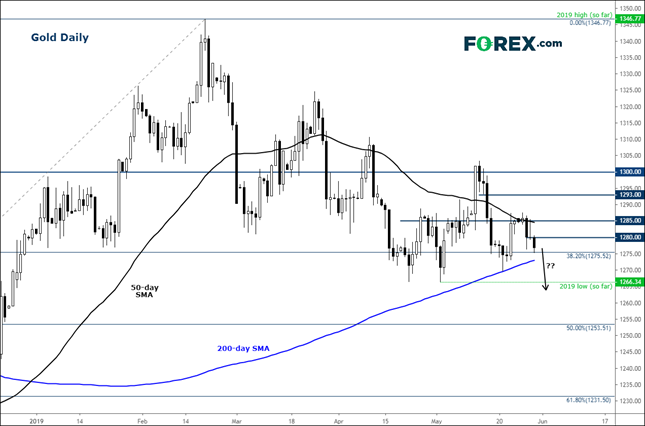