On Tuesday, spot gold surpassed its previous high marked on June 24, climbing 0.5% on day to $1,781. The Conference Board reported that its U.S. Consumer Confidence Index bounced to 98.1 in June from 85.9 in May, higher than 91.5 expected. 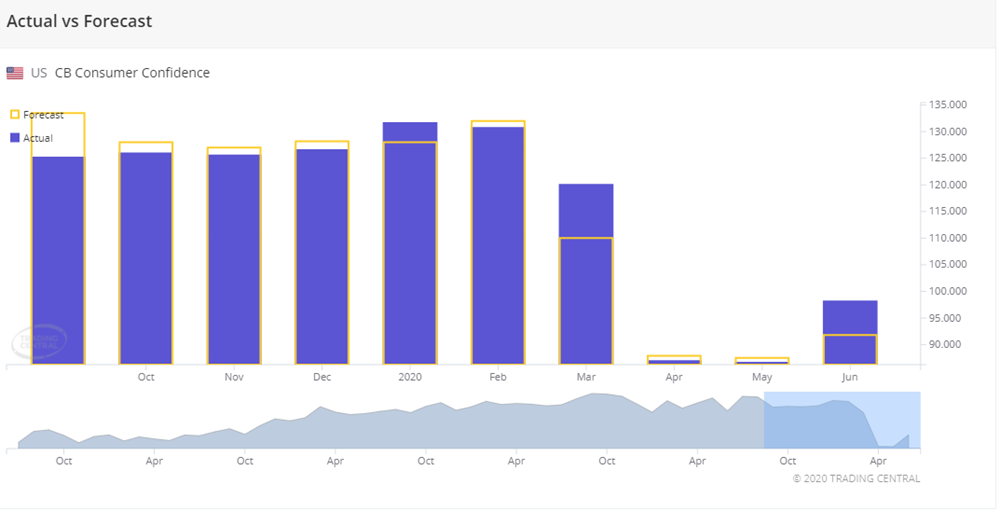 However, the survey ended on June 18, probably suggesting that the impacts of resurging coronavirus cases were not reflected. Meanwhile, the ADP private jobs report for June will be released later today, which is expected to show a growth of 2.90 million jobs, compared with a 2.76 million loss in May.

From a technical point of view, spot gold is maintaining its bullish momentum as shown on the 1-hour chart. It has broken above its bullish consolidation range, which should now act as a support. The level at $1,772 may be considered as the nearest intraday support, with prices likely to test the 1st and 2nd resistance at $1,792 and $1,800. Alternatively, losing $1,772 would signal that the next support at $1,764 is exposed.